Police are open to the use of body cameras but introducing them is not a simple matter, says acting Police Commissioner Mike Clement. 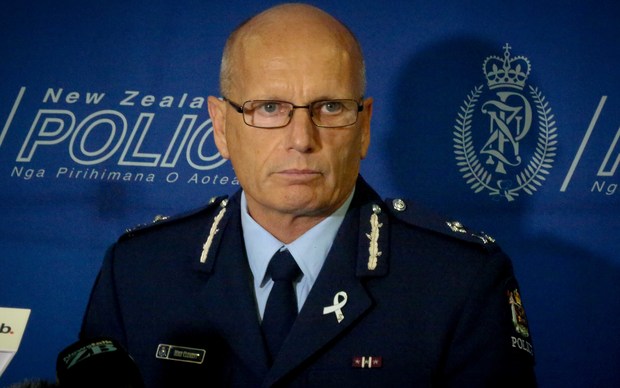 Criminal barrister Mike Bott called for the introduction of the cameras after the police shot and killed Hamilton man Nick Marshall during a drug search at a Frankton property on Tuesday.

In the second shooting in 48 hours, an officer shot and critically wounded a man in Rotorua yesterday. Police said they had no option but to shoot after attempts to pepper spray and taser the man failed.

They said the 35-year-old was wielding a slasher and had attacked a police car and refused to drop the weapon. 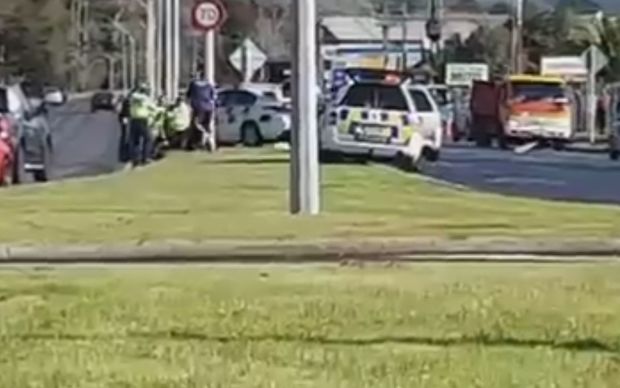 A screenshot from a video posted to Facebook, showing police gathered at the scene of the shooting in Rotorua. Photo: Facebook / Kiwi Az Bro

Mr Clement said officers made excellent judgement in both cases.

He told Morning Report officers would be wearing cameras right now if it was straightforward but there were complexities such as access to and storage of footage.

"The technology in terms of the camera itself is the easy bit," he said.

"The back end in terms of storage of the data and having access to it and maintaining the integrity of it - they are not set in stone and easy things to unpick and make sure that are in place before you embark down this path."

The acting commissioner said the decision may be made not by the police, but by the government.

The man shot in Rotorua remains in critical condition in Waikato Hospital's intensive care unit after undergoing surgery for two shots to the stomach.

The shooting happened at Te Ngae Road about 1pm yesterday.

Bay of Plenty district commander Superintendent Andy McGregor said yesterday the the man was heading towards a shopping centre as he waved the slasher.

He said the man was believed to be under the influence of methamphetamine, which would be why tasering had no effect.