A criminal barrister is calling for police to wear body cameras which would record incidents such as police shootings as they unfold. 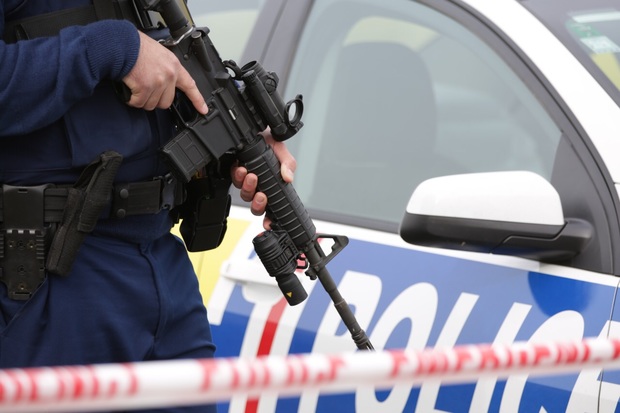 A police officer holds a gun at the scene of the shooting in Hamilton. Photo: RNZ / Cole Eastham-Farrelly

It follows the fatal shooting by police of Nick Marshall, 36, in Hamilton on Tuesday.

Police said Mr Marshall pointed a long-barrelled gun at officers and did not put it down despite being told to several times. They said the operation was well-planned and thought through and related to an ongoing investigation into drugs and firearm dealings and the shooting of Mr Marshall was unavoidable.

Mr Marshall's family and partner disagreed. After the shooting, Mr Marshall's partner Kendyl Eadie posted on her Facebook page that he was not armed or threatening. She said police needed to be held to account.

Criminal barrister Michael Bott said there were many questions about what happened which could be answered by body cameras.

"If the police, for example, had video cameras recording their interactions with people, such as the deceased so we could actually make an objective inquiry, we've got credible evidence as opposed to the words of various witnesses."

Mr Bott pointed to what was happening in the United States as an example of what video recordings of police can reveal.

Mr Bott said if body cameras were worn by police, the public and independent decision makers would be in the position to determine whether the actions of the police were appropriate. 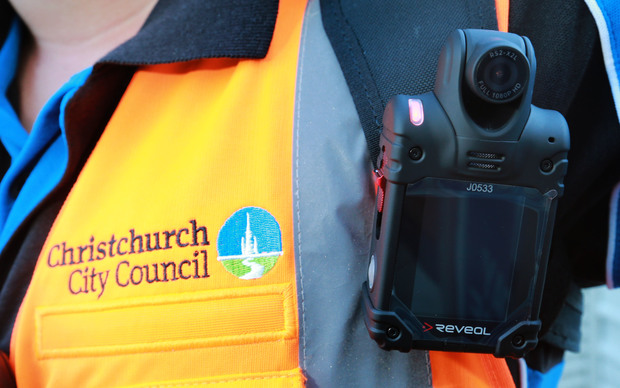 Body cameras are already worn by traffic wardens in a number of cities around New Zealand, including Christchurch. Photo: SUPPLIED

Police Association president Greg O'Connor said police around the world were moving to body cameras and his organisation had no problem with them.

"No one is afraid of cameras and once some of the evidential issues around them, around recording and keeping the recordings are sorted, then they'll be no problem introducing them."

Mr O'Connor believed it was unlikely that police wearing body cameras would change the outcome of situations, and rejected any inference that police would act differently if they knew they were being recorded.

"The police had planned this operation, they knew that there was a possibility that there'd be a firearm there and so often the outcome is determined by the actions of those we police."

Mr O'Connor said police were not actively looking at body cameras and storing the data was very expensive.

Raewyn Wallace, whose son Steven was shot and killed by an officer in 2000, thinks cameras would make a difference to how police behave.

"I think then they might think twice about what they're doing for sure."

She is still in a legal dispute with police over his death, after the family took a private prosecution for murder and failed.