The Automobile Association is calling for a ban on wheel clamping amid growing complaints against the practice.

A voluntary code of practice was introduced last year to regulate clamping but only some parking enforcement companies signed up.

The association said wheel clamping should be stopped because it was severe and ineffective. 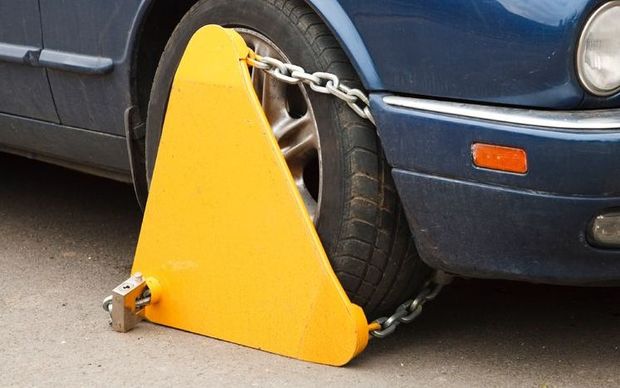 AA principal advisor Mark Stockdale said clamping was often out of proportion to the offence and it was bad for the businesses who contracted clampers.

"It doesn't actually do what the shop owners and landowners want and that is they want to free up the car park space so it can be used by a legitimate customer who might spend money in that shop," he said.

"Clamping simply does not achieve that so it's the wrong solution to that problem, there's no place for it in New Zealand."

Mr Stockdale said clamping and towing should be used as a last resort and breach notices should be given first because they were fairer.

"We'd still like to see clamping banned outright and the only way that's going to happen is if motorists complain if they've received a wheel clamp and they think it's unjust."

In that case people should complain to their local MP, and go public to the media, he said.

"If enough people complain and create enough angst out there then that might force the government to react."

Shoppers RNZ spoke to complained about being clamped, saying shop owners demanded money from them before they would consider releasing their cars.

One woman said she stopped visiting her favourite store in Henderson, Auckland, when her car was clamped outside it three years ago.

She had no option but to get her husband to drive from Helensville to pay the fine.

"You need your car," she said.

"There's no way they will help you, no way. They're very demanding and they want you to pay. If not, they'll take it."

Another Henderson driver said she'd had heard of people removing their wheels because they couldn't afford the fine.

For some parking enforcement companies, such as Wilson Parking and Secure Parking New Zealand, clamping is out of the question.

Wilson Parking said it stopped clamping and towing in 2010 because it was too punitive.

"By clamping you don't actually remove that problem because the car remains where it is," he said.

"So by issuing breach notices, the enforcement is that they're issued with the notice and are able to drive away rather than having to pay anything on the spot to get access to their vehicle again."

Several companies that actively clamp were contacted for comment.