A retired school administrator has been sentenced to two years and three months in jail for stealing $375,000 from a Wellington high school. 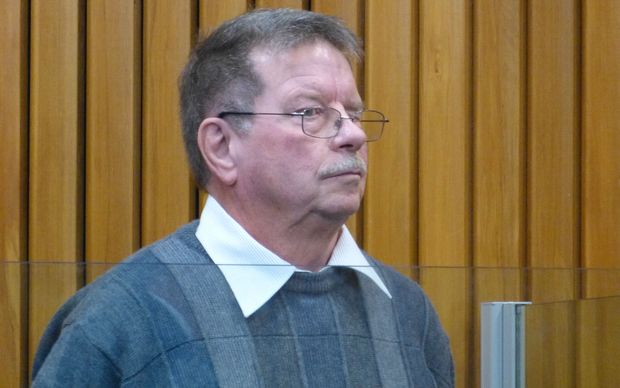 David John Hancox, 68, worked as the executive officer of Upper Hutt College for 20 years before he retired in 2014, and was responsible for overseeing the finances of two large-scale building operations between 2006 and 2007, and 2013 and 2014.

But Hancox created and submitted dozens of false invoices diverting the school's money into his own personal bank account.

In a victim impact statement provided at Hancox's sentencing in the Hutt Valley District Court today, Upper Hutt College principal Judith Taylor said the 3000 children who passed through the school in the seven years Hancox was stealing from the school had missed out on many opportunities.

"I think of the number of teacher aides that could have been employed to work with students", Ms Taylor wrote.

"I recall the budgeting decisions made: how we had to say no to requests for equipment or resources, both large and small. We had to say, 'Sorry, we can't fund the extra sports equipment, or the new microscopes you requested... sorry, but you have to represent the college at football wearing mismatched jerseys that have been here for 20 years.'"

Ms Taylor wrote of the shock and disgust among the school's staff after learning that the man responsible for the fraud was their own colleague.

She said Hancox had abused his considerable power, and his actions had wide-ranging consequences.

"You paid yourself, into your personal account, $375,000 of the school's funds. Of the students' funds."

Hancox pleaded guilty to the 10 charges at the earliest opportunity, and had co-operated with the investigation carried out by the Serious Fraud Office, which Judge Morris said was in his favour.

He also seemed genuinely remorseful, and worked actively in the community.

These factors - along with Hancox's age, and the fact that this was his first offence - meant Hancox was given a lesser sentence than the three-year maximum.

In a brief statement, Hancox apologised to his colleagues and family for his actions.

His lawyer Steve Taylor said he had been under extreme stress at work.

Supervising the building operations on top of his regular duties had taken its toll, Mr Taylor said.

"He was given huge and additional responsibilities... this effectively became an additional full-time job.

"That led to a situation where he was working under considerable stress trying to complete and manage both functions."

"The school itself is now under statutory management. The fraud committed by Don Hancox stole a lot more than money from the school - it took resources and an extraordinary amount of time from a range of affected persons."

Hancox said he couldn't pay the money back in a lump sum, but he would pay $50 in reparations every fortnight from his superannuation fund.