An animal welfare authority is not seeking to ban New Zealand greyhound racing but says it would support a government decision to end it. 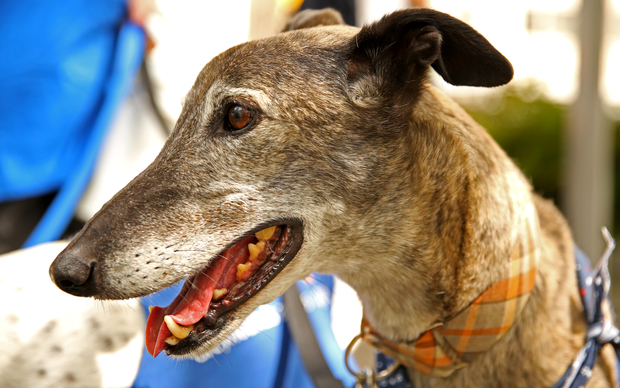 A retired racing greyhound, on the leash during a fundraising drive for Greyhounds as Pets (file) Photo: RNZ / Alexander Robertson

New South Wales and Australian Capital Territory have banned greyhound racing after an investigation revealed mass killings of dogs, maltreatment and live-bait use.

But Mr Odom said the organisation maintained a watchful eye on the industry.

"Any time you've got animals in entertainment, the SPCA has some concerns about that.

"What happens to those animals that don't make the grade - how are they treated and how are they tracked? We do have some concerns about injuries that occur on race day due to track conditions and whatnot, but it's nothing like what we've seen in Australia."