Some Uber drivers are angry at the company for telling them to break the law by not abiding by the regulations for carrying paying passengers. 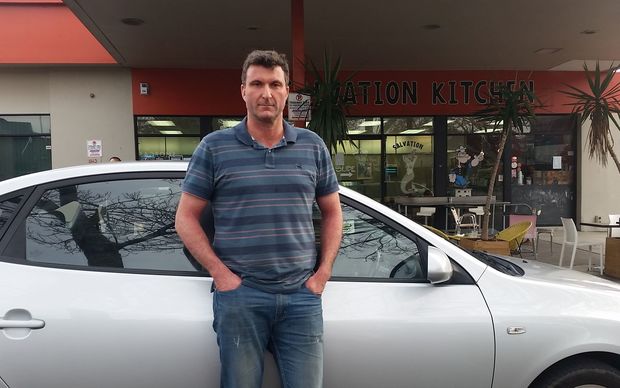 Auckland Uber driver Ben Wilson is a fan of the company but says it's being "cheeky" in its approach to regulations. Photo: RNZ

Drivers are required by the New Zealand Transport Agency (NZTA) to have a passenger endorsement for their licence and a certificate of fitness for their car.

But Uber New Zealand head of operations Richard Menzies told RNZ the company would support drivers who hadn't got those requirements to continue to operate illegally.

Ben Wilson is a former software developer who became an Uber driver because it fitted in with his lifestyle: studying and looking after children.

He was a big fan of the alternative to traditional taxis, but he became concerned when Uber changed its rules in April, dropping some requirements for drivers and lowering fees.

He was shocked to hear Uber encouraging people to break the law, he said.

"I can't believe it really, that they would be cheeky enough to do that when it's quite obviously and blatantly illegal for all the drivers they're telling to do that.

"NZTA have never been in the slightest bit unequivocal about that. They've always said 'these are the rules'. They said these were the rules when I first inquired myself, and they're still saying it."

Another Auckland Uber driver, Arden MacDonald, was also a fan of the business model but said he couldn't back the company's current position on licensing requirements.

"They want to be the cool kids on the block and they're saying that it's innovative and we should all get behind it. And there is a certain merit to that.

"But what there isn't merit to is a company acting outside what governs New Zealand. Flagrantly disregarding our laws, undercutting all the marketplace at the expense of the individual contractors."

Mr MacDonald said he would like to know why the government was sitting on the fence and not acting.

"The government and Simon Bridges need to grow up and do what they're supposed to be doing and enforce these laws. They need to have pressure brought on them to comply or cease and desist," he said.

Minister of Transport Simon Bridges said he was disappointed by Uber's attitude to New Zealand's regulations.

He said the company's approach was unlawful competition and it wasn't the "Kiwi way".

Mr Bridges also said that drivers needed to be very careful because they would face convictions and infringement notices.

"Uber isn't saying it'll stand behind them in terms of the fines. That could be into the tens of thousands of dollars, were they to be caught a couple of times - the loss of licence that could go with this type of thing."

But Mr Wilson said it would be unfair to target the drivers rather than the company.

He called on the government to take action and tell Uber directly that non-compliance of regulations was not an option.

Mr Menzies said the company had alternative ways to meet the same safety requirements as the NZTA's endorsement.