A bullet-proof glass panel could have protected staff in the deadly attack on the Ashburton Work and Income office in 2014, a health and safety expert says. 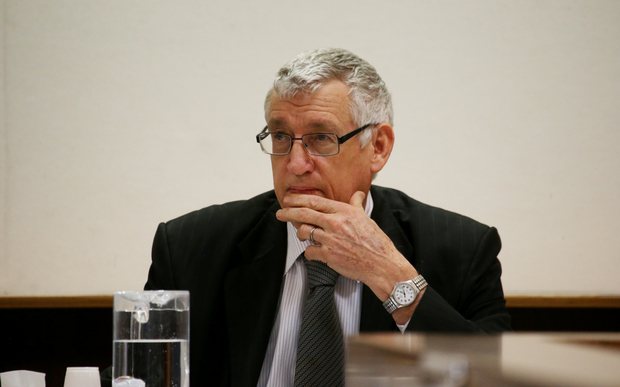 A consultant at Australia's Intersafe, Roger Kahler, is acting as an expert witness for WorkSafe at the hearing in Wellington. Photo: FAIRFAX/ David White

The Ministry of Social Development yesterday pleaded guilty to a health and safety charge related to the murder of two of its workers in Ashburton, though it continued to dispute some facts.

Peggy Noble and Leigh Cleveland were shot dead by Russell Tully at Work and Income's Ashburton office on 1 September 2014.

Tully was sentenced to life imprisonment and ordered to spend at least 27 years in prison before being eligible for parole.

The ministry pleaded guilty to failing to "take all practicable steps to ensure the safety of its employees while at work", by failing to ensure they were not exposed to violent clients.

A consultant at Australia's Intersafe, Roger Kahler, was an expert witness for WorkSafe in the second day of the hearing in the Wellington District Court.

Ministry of Social Development lawyer Brent Stanaway asked Mr Kahler if having locked doors and a security guard at the time of the shooting would have made a difference.

Mr Kahler replied that Tully had been given free and unrestricted access to everyone in the office.

But, if a bullet-proof glass barrier and locked front door had separated staff from the public, the shootings might have been avoided, he said.

"That gives capacity to vet people approaching and a combination of controls put in place," he said.

"That doesn't have to create a 'them and us' and meets the objectives you're trying to achieve.

"If there was a control at the door then the assumption has to be made that the security guard would observe the man approaching in a balaclava (Russell Tully) and make a decision about whether he allows entry and alerts others... it's a combination of engineering and administrative controls."

The Ministry of Social Development disputed WorkSafe's interpretation of what a safe office layout should look like.

WorkSafe argued the ministry should have ensured there was "no physically unrestricted access by clients to the staff working areas".

It also said the ministry should have adopted and embedded "a 'zero' tolerance policy well prior to the incident".

Mr Kahler said creating an environment which "projected an environment of security" would deter events such as the shootings taking place, and controlled access would form part of that.

The ministry should have designed a risk assessment plan and that would have informed its chief executive that there was a need to do more, he said.

"You can never say that 'in Ashburton, on this day, this will happen', but you use your knowledge to avoid such incidences as the Ashburton one," he said.

"In a zero tolerance environment, there would have been an earlier security intervention and Tully understanding 'there is a boundary and you just crossed it'."

The hearing will continue tomorrow with the ministry bringing forward their three witnesses.