The Ministry of Social Development has pleaded guilty to a health and safety charge related to the murder of two of its workers in Ashburton, though it disputes some facts. 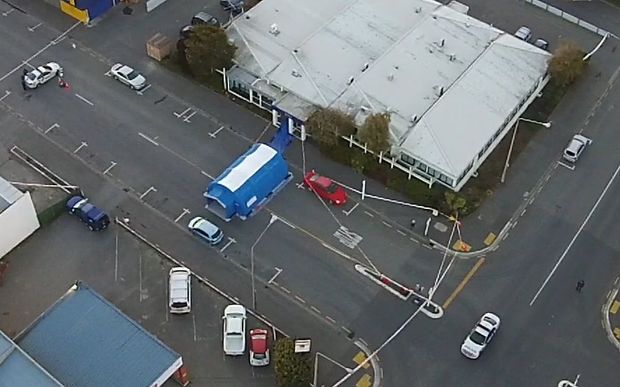 Peggy Noble and Leigh Cleveland were shot dead by Russell Tully at Work and Income's Ashburton Office on 1 September 2014.

Tully was sentenced to life imprisonment and ordered to spend at least 27 years in prison before being eligible for parole.

The ministry pleaded guilty to failing to "take all practicable steps to ensure the safety of its employees while at work", by failing to ensure they were not exposed to violent clients.

Despite the guilty plea, MSD is disputing certain aspects of the WorkSafe prosecution and those matters are now being considered in a hearing at Wellington District Court.

WorkSafe said there were several steps which MSD could have taken to protect its workers, but MSD lawyer Brent Stanaway said his client did not agree with the suggestions made relating to a safe office layout.

Mr Stanaway indicated the ministry would seek a discharge without conviction when it was sentenced.

In a written statement, MSD chief executive Brendan Boyle said the organisation was disputing WorkSafe's interpretation of what a safe office should be.

He said WorkSafe believed a more rigid and less welcoming approach was required, even though the Ashburton attack was at the most extreme end of risk for any agency that deals with people.

Mr Boyle said "there are potential far-reaching consequences for all entities that deal with the public if WorkSafe's perspective is allowed to stand."

The WorkSafe prosecutor, Dale La Hood told the Court that in the years before the shooting, ministry staff around the country had reported being punched, kicked and having things thrown at them.

He said one report found the most likely hazard to be a 'lone, mission-oriented person using a weapon to kill staff'."

Mr La Hood said the Ministry had failed to respond to the risk report in a timely way and received a risk rating of 2 out of 6.

He said expert witnesses would say best practice would have been to have staff areas separated from areas the public could access.

Mr La Hood said changes were identified to improve staff safety, but there were serious challenges to the project, including a lack of resources.

The hearing before Chief District Court judge Jan-Marie Doogue is continuing, and is expected to last at least a week.

Tully lodged an appeal last week against his conviction and sentence.