The government has been put on notice that a so-called 'wadeable' freshwater standard is not good enough for Māori.

One of its support parties, the Māori Party, says streams and rivers are a lifeblood for Māori and they should be safe to drink and gather food from. 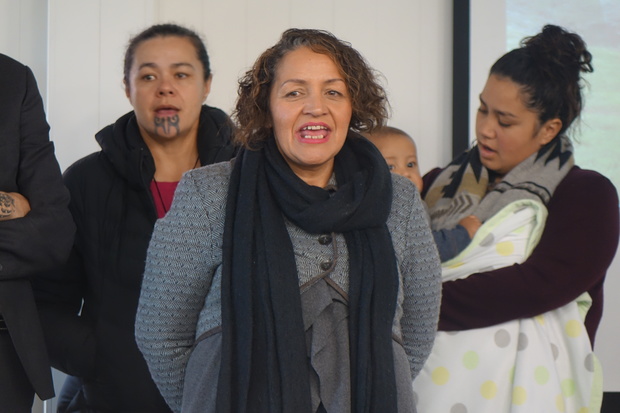 Marama Fox (centre) said streams and rivers are "the food source and the lifeblood of our people and we need to restore that". Photo: RNZ / Robin Martin

Māori Party co-leader Marama Fox made the case for restoring New Zealand's streams and rivers to a drinkable standard at the launch of Ngaa Rauru's Te Wai Koiora project.

Ngaa Rauru, which straddles the borders of Whanganui and South Taranaki, has been granted $375,000 from the $5 million Mana o Te Wai fund which was secured by the Māori Party.

Ms Fox told the gathering at Te Aroha Marae in Kai Iwi that arbitrary standards for water quality had little meaning for Māori.

"Mana o Te Wai is the term we use for the life force or the power of the river. Yes, it was the lifeblood of our people.

"All our marae are next to awa and we absolutely believe that it must be more than wadeable or swimmable, it must be drinkable - it is the food source and the lifeblood of our people and we need to restore that." 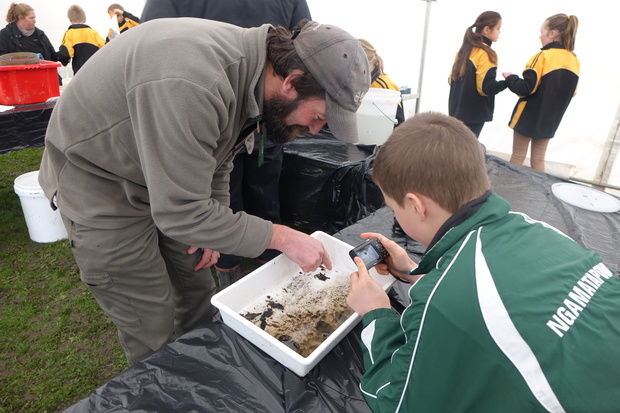 The Mana o Te Wai fund is responsible for allocating money to iwi and hapū so they can clean up their streams, rivers and lakes.

"It is about restoring rangatiratanga or autonomy, self-determination to the people in conjunction with the stakeholders in the community, and it's about letting them tell us what they need to do with their rivers.

"They know, they're the ones who've grown up next to it. They know what needs to be done here."

Ngaa Rauru has been operating marae-based native plant nursery Kii Tahi in Patea for 13 years. It provides up to 40,000 plants a year to the Taranaki Regional Council for riparian planting and sells directly to farmers and other customers. 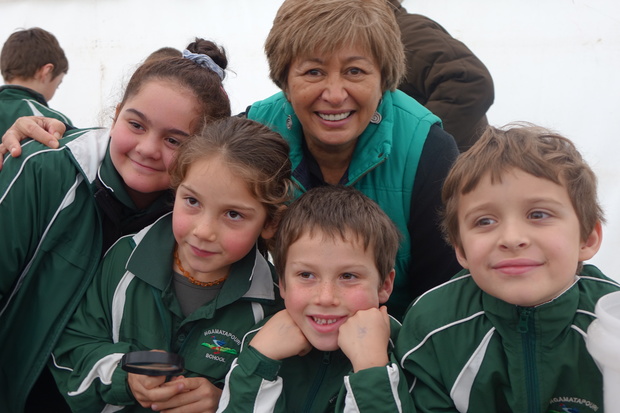 Te Kaahui o Rauru Kaiwhakahaere Anne-Marie Broughton said that Te Wai Koiora would be a natural extension of that work.

It would focus on seven rivers - the Kai Iwi, Ototoka and Okehu Streams, two sections of the Waitootara River (near Kaipoo Marae and Takirau Marae), Tapuarau Lagoon, and the Whenuakura River - and involve fencing, riparian planting, clearing weeds and waste, and water testing.

Although the money was welcome, Ms Broughton said it would be a long time before rivers were teeming with the life her mother remembers.

"In the scheme of things this is a drop in the bucket. We are seeing the effects of 100 years of deterioration and negative affects on our rivers so it's going to takes us probably another 100 years or more to clean it up." 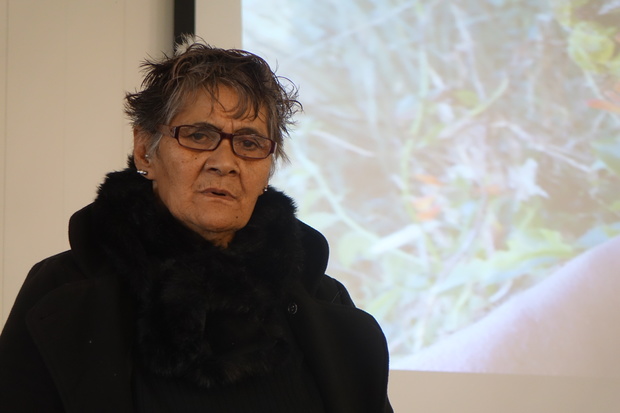 Te Aroha Hakaraia was baptised in the Kai Iwi River and remembers it in better days. Photo: RNZ / Robin Martin

Kuia Te Aroha Hakaraia was baptised by her grandmother in the Kai Iwi River just metres away from the marae whose name she shares. She remembers the river in better times.

"We used the harakeke, the flax, to catch the eels and today there's nothing. There might be the one or two eels in our river but they're not the big ones anymore."

Ms Hakaraia hoped the children from Kai Iwi and Ngamatapouri schools who took part in Te Wai Koiora's launch understood they needed to treasure the awa. 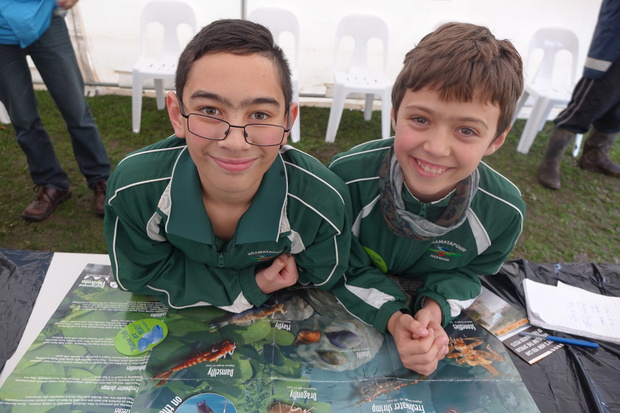 Maraeroa Kauika-Tenisoni, 12, and Jett Rumble, 11, from Ngamatapouri School in Waitootara were keen to learn how to protect rivers and streams. Photo: RNZ / Robin Martin

"What I've learnt is that currently the rivers are very dangerous. They've got heaps and heaps of trees in them and dirt and dead animals in it and to keep them safe I think people should stop dumping their rubbish in the rivers."

Ms Broughton said Ngaa Rauru would be working alongside the Manawatu-Whanganui and Taranaki regional councils and the Department of Conservation to undertake Te Wai Koiora.

"We're looking forward to implementing a health monitoring framework that will use cultural values alongside modern scientific indicators to measure and monitor the health of our waterways. This information will help us work alongside councils, industry and farmers to ensure improving the quality of our waterways is a priority."