Heavy downpours like the one yesterday that flooded roads and schools across the upper North Island are likely to become more frequent, says a climate scientist. 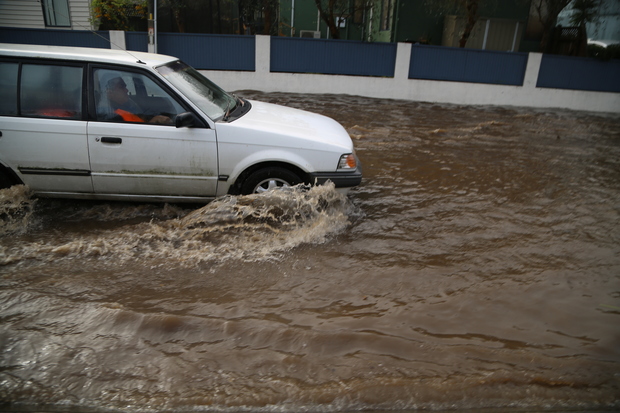 Yesterday's deluge in Auckland broke June records, with more than 25mm falling between 1pm and 2pm - making it the city's wettest hour ever recorded in June.

It was also the city's 15th wettest hour since records began, and follows warnings that the first six months of this year will be the warmest on record.

Flooding affected about 80 homes in the city and several cars were trapped. A mother and her young daughter had to be rescued by police and a passer-by from their partially submerged car as the deluge swept through the city.

"There is a relationship with temperature and heavy rainfall or precipitation. Basically, if the air is warmer, the capacity to hold more moisture is greater. So for every degree rise in temperature, there can be up to an 8 percent increase in terms of intense rainfall."

State Highway 2 near the town of Matata in the Bay of Plenty remains closed after yesterday's rainstorm.

Detours remain in place along State Highway 33 and 30.

Meanwhile, an Auckland primary school will remain closed today after it was flooded in yesterday's heavy rain.