The country's environmental watchdog has criticised the government's landmark environmental report released last year, saying it gives no diagnosis on the health of the environment. 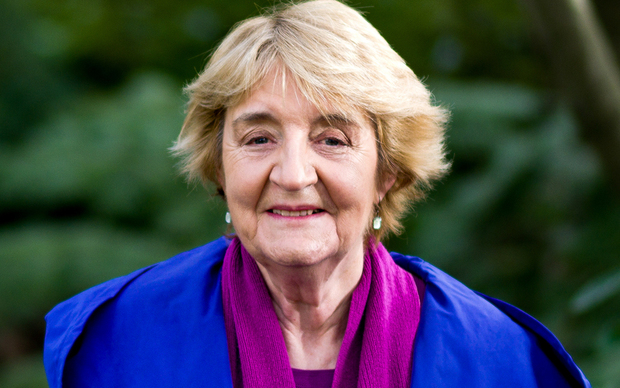 Photo: ©Office of the Parliamentary Commissioner for the Environment

Dr Wright's commentary said the point of reporting on the environment was to improve the way it is managed and to protect it, but that the government's report did not achieve that.

"It does not give perspective on the seriousness of different environmental issues. A state of the environment report cannot do this without including forward thinking."

Dr Wright said the need for forward thinking was crucial to facing climate change, the most serious environmental issue of all.

Her commentary noted relevant information must be presented in these reports, otherwise they could be misinterpreted - for instance, the original report showed New Zealand's greenhouse gas emissions were relatively low globally.

"This could be taken to indicate that it is pointless to try to reduce them," Dr Wright's report said.

Another issue raised was the scientific explanation within the report. Dr Wright said a state of the environment report should be "built on a bedrock of scientific understanding that is based on a weight of evidence and communicated clearly."

She said the report's explanation of climate change was particularly problematic, and that it should clearly have stated that sea level rise was due to the expansion of warming waters, and the melting of glaciers and ice sheets, rather than stating that it was "probably due" to these.

The report made six recommendations including that the Secretary for the Environment Vicky Robertson prepare a report for Minister for the Environment Nick Smith outlining actions to be taken in response to Environment Aotearoa 2015 and Dr Wright's commentary, and make this publicly available.

Atmosphere - At the moment there is no basis for thinking the problem is reversible and according to Dr Wright, "there is no question that climate change is by far the most serious environmental issue we face. Moreover, it will have big impacts on virtually every other aspect of our environment".

Marine- The marine environment is already being affected by climate change and most troubling, according to Dr Wright, is ocean acidification which she said was irreversible. She cautioned that it would lead to marine foodwebs being undermined and that in warmer seas there was less oxygen which would mean many species would not thrive.

Human activities were also putting stress on the marine environment, including run-off from land which damages marine habitats around the coast and Dr Wright said there was also much that was not known about the effect of fishing on the sustainability of ecosystems.

Land- erosion and pests are the two big issues for land.

Dr Wright said a legacy of erosion exists after a century of clearing bush on unstable hill country, resulting in an enormous amount of topsoil being washed into waterways, a pattern which continues today.

Climate change is projected to bring more intense and frequent heavy downpours which will exacerbate the problem. "An eroded area will tip into another state when plants cannot re-establish because so much fertility has been lost," Dr Wright's report said.

Native flora and fauna were especially vulnerable to pests and extinction is irreversible. Dr Wright said possums, rats and stoats were particularly destructive and pervade almost all of the country's forests.

Dr Wright said while she was heartened by this year's biggest-ever pest control operation, the Battle for Our Birds operation, "more is needed to win the war against predators".

Fresh water - Dr Wright said national averages of water quality were meaningless and that in pockets of the country water quality had declined markedly in many places.

Sediment and nutrient pollution degrade water quality and lakes are particularly vulnerable because they are more contained.

Dr Wright said conversion of sheep country and forests to dairy land had greatly increased nitrogen in fresh water, which was being compounded by changes in farming practices such as spraying and fencing. This was creating a 'load to come' - the nitrate in groundwater which was slowly making its way to bodies of water such as Lake Taupo.