The country's top policeman has recognised Teina Pora's innocence and has named the man he believes did it. 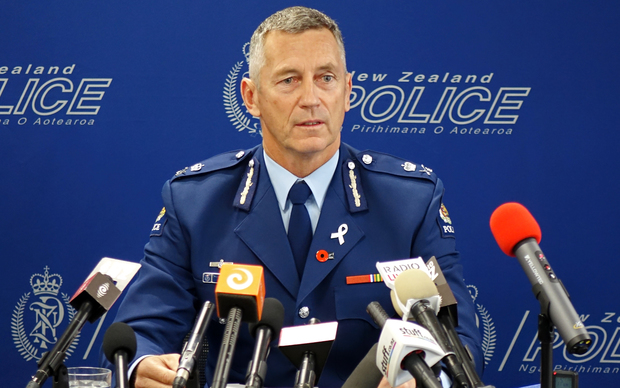 Mr Pora has been awarded $2.5 million for the 21 years he spent in prison after being wrongly convicted of murdering Susan Burdett, who was raped and killed in 1992 in Auckland.

Serial rapist Malcolm Rewa was found guilty of raping Ms Burdett, but two High Court juries could not decide if he murdered her and the Solicitor-General stayed proceedings.

But today, speaking outside the Law and Order Select Committee, Mr Bush told reporters he believed he was guilty.

Asked if he accepted that Rewa acted alone in the rape and murder of Ms Burdett, Mr Bush replied: "I believe so, we believe so, yes."

Police sought a legal opinion on whether they could re-open the case against Rewa but were told Mr Pora's innocence didn't constitute the necessary "exceptional circumstances".

"If we could revisit again, we would, but as you know there is a stay in terms of that prosecution, and we have no new evidence in order to put that before the court again," Mr Bush said.

The Privy Council quashed Mr Pora's convictions in March 2015, and the government this month offered him compensation following a report by a retired High Court judge, Rodney Hansen QC.

"We accept the report in its entirety. We accept Mr Pora is innocent. There is no investigation against Mr Pora," he said.

That news has been a long time coming for Mr Pora. He found out about it from a petrol station attendant when he was filling up his car this morning.

"It's been a long time coming. I think Mr Bush has to be commended for saying it. It's taken far too long and I know Teina and his family will be absolutely thrilled that the statement of innocence from the police has been made and it means a lot to Teina, it really does."

Mr Pora's camp had always maintained his innocence was an exceptional circumstance, and he'd like to see the legal opinion stopping police re-opening the case against Rewa, he said.

"I'd hasten to add that the police, it seems to me, have spared no expense and no resource in trying to gather evidence against Teina Pora over the last seven years. It's been pretty extensive and pretty exhaustive.

"What we're keen to find out is exactly what efforts have been gone to, to properly review the whole case and gather evidence against other people, other than Teina."

Mr McKinnel didn't want to comment on the statements from the commissioner about Rewa, apart from saying they were powerful.

"It's an outrageous statement to make in my view ... There's no basis for Commissioner Bush to make that statement. Unless there's something I don't know about or Mr Rewa doesn't know about, he should shut up and accept the fact the case against Malcolm Rewa has been stayed."

Mr Cooke wasn't aware of the comments until RNZ phoned him this afternoon, and he called his client inside prison before responding.

"In my view, it sort of leads to the breakdown of the process of getting matters determined judicially. I mean, it just takes over. You might as well not have juries and just leave it up to the police."

He planned to visit Rewa inside prison to talk further about Mr Bush's comments and find out what his client wanted to do, he said.