Pharmac's plan to fund the melanoma drug Keytruda will save lives and change lives, patients and cancer groups say.

But they say people have died in the time it has taken the government to make the funding decision.

The decision means both Keytruda and Opdivo will be available to hundreds of advanced melanoma patients from Friday.

Pharmac said funding the second advanced melanoma drug gave patients more choice and would help them manage their side effects.

Director of operations Sarah Fitt told Morning Report both were similarly effective, but had different side effects.

She said the agency had reached a commercially favourable deal, but would not say what that dollar figure was.

Anne Marie Jeeves said her Keytruda treatment had been miraculous. But she and her husband David had given up their jobs and their life in Wellington and moved to Auckland so they could afford the infusions at a cost of $13,000 every three weeks.

"I'm living in a caravan in a caravan park to make life a bit easier so that we can have this treatment without extra costs involved."

She said she could now go home to get free treatment.

Another Wellington couple, Geoff and Joy Cole, have spent tens of thousands of dollars of their retirement funds travelling to Auckland for treatment for Joy, who has advanced melanoma.

Mr Cole said Keytruda meant his wife would have another birthday and see Christmas, and the funding meant they would have some spare cash.

"Hopefully we'll be able to spend it on a bit of a holiday, help the kids and the grandkids."

Katrina Govorko has been taking another immuno therapy drug for melanoma but said funded Keytruda would make a difference to her life.

"Its fantastic news. If and when these ones that I'm on stop working at least I know I've got a couple of options. As you get down the road with this nasty disease, you get towards the end of the line, its great to know that you've got options." 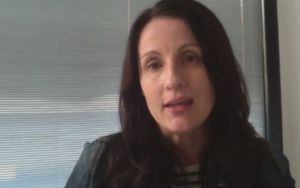 Patient advocate and melanoma sufferer Kathryn Williams said she and others had campaigned the government to fund Opdivo and Keytruda and won.

"This is the result of a committed group of dying cancer patients and their supporters. What we've seen happen with cancer treatment for melanoma in New Zealand is testament to the commitment and bravery of stage four melanoma patients."

Pharmac had earlier said it had concerns about Keytruda's effectiveness and announced last month it would fund Opdivo instead.

Oncologist and Cancer Society medical director Chris Jackson said the turnaround showed the issue was always about the money.

He said the delayed decision has cost lives. 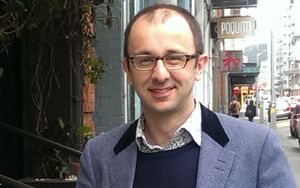 "Pharmac deserve credit for taking the $39 million from the budget and getting a good deal to get seven different drugs funded.

"But we mustn't forget that there've been real people who've missed out while the commercial negotiations have been undertaken and those real people have suffered and some have died while waiting for this announcement to be made."

Dr Jackson also said the decision-making process used by Pharmac was flawed, because the agency was combining effectiveness and cost.

"The problem is there has been a conflating of the evidence with the price, so we need to separate out those two evaluations. Number one - is the scientific evidence and clinical evidence sufficient to recommend this as a clinical treatment option? Number two - is it cost effective? Now they are two very separate questions."

He said the approach confused the public debate about funding.

Labour's health spokesperson Annette King said Pharmac and the government were wrong to put people through agony while they waited for a decision.

"I see it as a cynical, manipulation of very vulnerable people who were desperate for Pharmac to fund one of these drugs and we were told that Keytruda was not as good a drug as Opdivo which they decided to fund. Then within a month they're now out consulting to fund both of them.

About 700 advanced melanoma patients will be eligible for either of the two drugs in the first year, and 300 every year thereafter.