New Zealanders could be travelling on driverless buses within four years, according to the country's largest transit company. 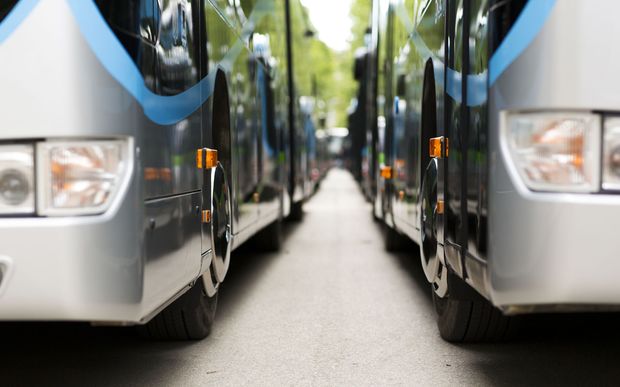 NZ Bus - an Infratil subsidiary which runs buses in Auckland and Wellington - told a transport conference yesterday that the vehicles will almost certainly be here within nine years.

Chief executive Zane Fulljames told the conference in Wellington yesterday that autonomous buses were definitely on their way.

Like driverless cars, driverless buses used navigation tools such as GPS and hazard detectors such as radar to navigate their way along a highway.

Mr Fulljames told his audience his staff had discussed this development with experts in the US and Europe.

"Our best view is that between 2015 and 2025, you are going to have something between 15 and 30 percent penetration, which is just a massive ramp up," he said.

Wellington City Council's transport chairman Andy Foster said his council would have to be sure new technologies were safe.

But he added innovation was essential, given how Wellingtonians travel.

"We are getting very close to 50 percent of people getting to work by school by bus, train, walking or cycling," he said.

"That is far, far higher than in any other part of the country.

"As the population grows, if we keep getting around as we have done in the past Wellington is going to grind to a halt, so things are going to have to change."

"But it is silent on things like autonomous vehicles. If operators want to tender on that basis, they are able to, and we have to weigh up their offers on the basis of quality and price."

But Mr Swain said his council had to be open to new ways of doing things.

"We are trying to be as flexible as we can to make sure we do not cut ourselves off from new developments that are coming on stream."

However, Brent Efford, a longstanding campaigner for public transport, cautioned against too much much enthusiasm for automated buses, saying other developments might overtake them.

"I would see buses being possibly squeezed out by autonomous trains on high capacity routes, alongside autonomous cars, maybe in a rideshare capacity."