Things have improved greatly for women in the Navy, but there are still challenges, including getting more women into leadership roles, a visiting top American sailor says. 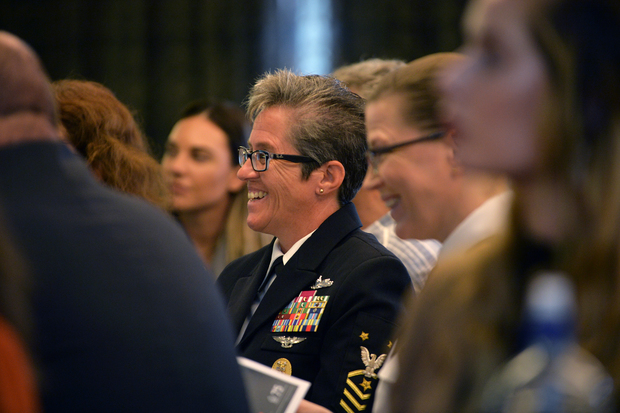 Fleet Master Chief Susan Whitman was the first woman to serve as the top enlisted sailor of the Pacific Fleet.

She was in New Zealand to give the keynote address at a conference celebrating 30 years of women at sea in the New Zealand Navy held in Auckland this week.

She said things had improved greatly since she enlisted 31 years ago.

"In 1985, women were not allowed on combatant ships and today there is no job that is not open to women in the Navy.

"Most of the glass ceilings in the Navy have pretty much been broken, so it's just wonderful to know that a woman can join the Navy today and be a Special Ops or a SEAL."

But Ms Whitman conceded there were still challenges.

It was interesting to learn that the challenges here were similar to those in the US, she said.

"It's recruiting females and retaining the females, and so no matter where you're at it's amazing that we have commonality across the water."

The US has introduced a 12-week maternity leave and help with fertility issues in a bid to attract and retain more female sailors.

Ms Whitman could not confirm whether a US ship would accept the invitation to participate in the 75th anniversary celebrations of the New Zealand Navy in November.

It would be the first visit by an American navy ship in 30 years.

But she said the relationship between the two navies continued to grow.

"We have a great relationship with New Zealand."