The government has proposed a new way of funding private schools and tight controls on how state and integrated schools use their property funding. 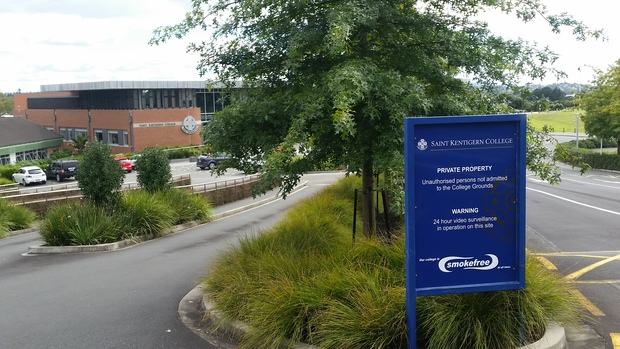 Issue papers, published as part of the government's review of the funding system for schools and early childhood services, made the suggestions for recommendations to be published in October and put into practice in 2020.

They proposed paying private schools a per-student subsidy as a percentage of the per-student government funding for state schools.

The new system also would not make funding dependent on good educational results.

Currently, private schools are funded from a pool of $41 million a year, divided among the schools according to their enrolments.

The change would mean the per-student funding would no longer vary depending on the number of students enrolled in private schools each year.

A Cabinet paper said the funding pool for private schools had not increased for six years, but the number of children enrolled in that sector had decreased slightly since 2008.

One of the papers on school property funding said the Education Ministry was considering separating funding for schools' property from other funding.

"We are exploring separating out property maintenance, and funding for heat, light and water, from the operations grant (or global budget) and 'ring-fencing' this funding."

It said under the current system there was a risk trustees boards might not maintain school buildings well or focus on short-term financial costs without looking at the longer term.

The paper also said the ministry was looking at taking over more property responsibilities from schools and at better ways of managing property maintenance.

Considered on a per-child basis, schools had been receiving differing amounts of government support depending on the year-levels of their enrolments.

It said the government wanted to flatten out those differences and ensure more funding was allocated to stages of learning where it was most needed.

In particular, it said the government was worried about achievement levels in the latter years of primary schooling.

For early childhood, an issues paper suggested providing subsidies for up to 30 hours per week for each child.

That would replace the current system of allocating each child over the age of three a 20-hour a week subsidy and each enrolment in an early childhood centre a subsidy of up to six hours per day.

The paper said a move to subsidies based on individual children would make it clearer how much was being spent on each child and would make it easier to target funding to particular children.

No fiscal punishment for results, and totals will not change

Another of the issues papers said the government wanted to make schools and early childhood services more accountable and get them to focus most on the children most at risk of underachievement.

But it was not proposing financial consequences for underachievement, something some in the education sector had worried might surface as part of the funding review.

"Rather, the idea is to find more timely and effective ways to support early learning services and schools struggling to raise their students' achievement," the issues paper said.

It said it wanted the Education Ministry to spot good practice in schools and early childhood services and encourage them to share it.

The Cabinet paper said the review was being undertaken on the basis that there would be no change in total government funding for schools and early childhood education.

But it indicated that meant some schools or early childhood centres might end up with less funding.

"Moving to a new model will lead to a different distribution of funding, giving rise to issues around how to manage the transition. As the Funding Review progresses and options are tested in more depth the fiscal and distributional impacts will need to be quantified."

The Cabinet paper said the government would seek approval for specific recommendations in October with agreed changes to the funding systems introduced in 2020.