The operational funding freeze will mean schools will have to do more with less, PPTA general secretary Michael Stevenson said. Photo: 123rf.com

The 2016 Budget contained no increase in school operational funding, which pays for staff salaries, power and water bills, technology and sports funding.

Instead, the government announced a plan to provide an extra $12.3 million in funding from next year to schools with children from families who are long-term beneficiaries.

Post Primary Teachers Association (PPTA) general secretary Michael Stevenson told Nine to Noon that for the majority of schools the operational funding freeze will mean schools will have to do more with less.

"This just ends up being belt tightening that schools can't do."

Yearly school donations ranged from $60 up to $1000, but some parents could not afford to pay anything, he said.

"You get schools, particularly those that most people know as mid-decile schools, where families are already struggling and being asked to pay more and more, whether it be a school gala or extra technology for students or more money to go on field trips.

"It's just unaffordable for these families."

School communities nationwide fundraise more than $100 million a year to pay for resources schools can't afford from their budget.

Mr Stevenson said technology was an area where schools were being asked to do more, and there was pressure on parents to purchase mobile devices for their children to use at school.

"Our members report to us that there just isn't anything left in the system, particularly for these middling schools.

"When you are working two jobs, long hours, I would argue you have baked as many cakes as you can." 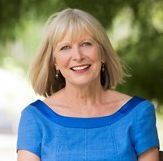 Staff salaries would still increase, and prices for things like heating would rise but there would be no extra money to fund it, she said.

Although she was pleased there was money being spent on vulnerable students, it was a very small amount, she said.

"The only way it would be of benefit is if you have a number of these students concentrated in a particular school, and be able to offer extra support because you have a grouping of the students," Ms Pasley said.