The Budget featured a mixture of much-needed spending on education pressure points such as school property and special education, relief for tertiary institutions, and a new direction in school funding. 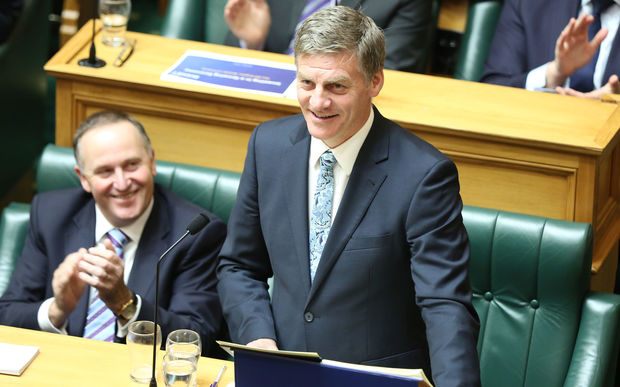 Total new spending was roughly double last year's total at $2 billion over four years, but austerity continued for early childhood education providers, with no increase to their subsidy rates for the second consecutive year.

The biggest single area of new spending was school property, with $882.5 million over four years for projects including 480 new classrooms and nine new schools, seven of which would be Public Private Partnerships. The spending helps address a multi-billion-dollar school property problem caused by roll growth in some areas, ageing and poorly-maintained buildings and renewal of schools in Christchurch.

There was no increase to schools' operations grants in the Budget. Instead it provided an extra $43.2m over the next four years ($12m per year once fully in place) to schools with students from families that have been on welfare benefits for a long time.

Education Minister Hekia Parata said the initiative would target about 150,000 children most at risk of educational failure as shown by the government's Social Investment research.

"The targeted funding signals that we want to focus more discretionary education spending on the children at greatest risk of under-achievement," she said.

Special education funding received an extra $42m over four years. The money would increase the number of children receiving help from the Intensive Wraparound Service by 50 to 335 a year, and from the Ongoing Resourcing Scheme by 265 to 8600 a year. The increase also included a previously announced increase to spending on teacher aide hours.

Research spending increased $410.5m over four years, with the money divided among various research funds. These included $66m over four years for the Marsden Fund, $97m for the Health Research Council, and $113.8m for the Ministry of Business, Innovation and Employment's Contestable fund which had been renamed the Endeavour Fund.

Budget documents said the increases would raise total spending on innovation by 15 percent by 2019/20.

A further $256m over four years was allocated to tertiary education.

That included $36.9m to provide a 2 percent increase to the government subsidies for most courses below degree level - the first increase those courses have had for six years.

Also included was $86m to boost subsidy rates for degree courses in select subjects - 5 percent for science, 16 percent for agriculture, 9 percent for veterinary science and 6 percent for undergraduate medicine.

The Budget also proposed limiting fee increases at tertiary institutions next year to 2 percent. This year the figure was 3 percent and in previous years 4 percent.

Early childhood education providers got no increase to their government subsidies for the second consecutive year.

However, there was $397m over four years plus $39m in the current financial year to subsidise attendance for 14,000 more children over the next four years.