Van drivers have been hardest hit by ACC's failure to put vehicles in the right risk-rating categories. 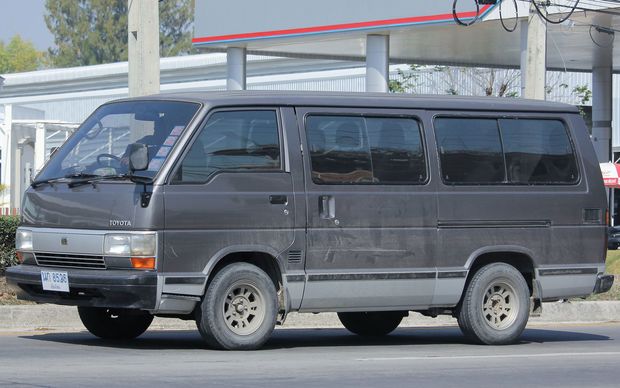 Toyota Hiace drivers including tradies will be among the worst affected by the changes to vehicle risk ratings. Photo: 123rf

About 25,000 Toyota Hiace vans - a builders and plumbers staple - account for more than half the vehicles being re-rated from ACC's worst risk band to its best, on 1 July.

That saves $90 on registration, but there will be no refunds for any overcharging in the past 12 months.

Fully 774,565 vehicles will have their safety ratings shifted up or down on 1 July, but few by as much as a Hiace.

At King Toyota in Lower Hutt, branch manager Richard Devery said he moved about 10 of the vans a month.

"I guess the great thing is that they are not going to have to pay it going forward," said Mr Devery.

"You know, our tradespeople have got enough costs to pay with an increase in health and safety charges - you know we are all facing that - so I guess anything that's going to reduce their expenses is going to be good for them."

Along with the 2004-2013 Hiace models, another 15,000 or so cars of various models would jump four places in the ACC safety ratings from worst to best.

At the risk-rating scheme's debut last year, 20,000 motorists were overcharged but got a refund.

The stated aim of the scheme, from the government and ACC, was to encourage New Zealanders to trade up to safer cars.

"The money should be refunded," she said. "It's clearly been a shambles from the start."

"This model is so flawed that no one can actually have confidence that it actually informs their purchasing decision at all."

ACC Minister Nikki Kaye's explanation, that each year some cars would move between rating bands as new data came in, only went so far. For the big movers, this year they would need to have suddenly had a spectacularly crash-free year.

AA spokesman Mark Stockdale said that was not the case, and offered a different explanation.

"We suggested to ACC how they could actually improve the ... system, and the AA certainly does not expect there to be a big rejig again."

Apart from the Hiace, other vehicle models, of various years, that jump up the safety ratings include the Suzuki Jimney, Hyundai's Terracan and Sonata, Volkswagen's Caddy and Touareg, Daihatsu Terio, Kia Sportage, Mitsubishi Delica and Honda HRV.