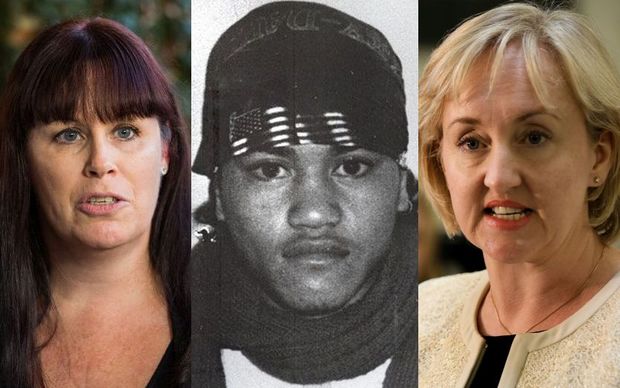 Mr Pora spent two decades in jail before his convictions for the 1992 rape and murder of Susan Burdett in Auckland were quashed by the Privy Council in March 2015.

He wanted to accept the government's offer - but his lawyers have asked on his behalf whether he can also appeal to have it adjusted for inflation.

Justice Minister Amy Adams said she would consider the written request, which she received this afternoon.

"I'm more than happy to consider their request and have asked for advice on the matter," she said.

"It is important to note that the compensation offer is not in any way time-bound."

The $2,520,949.42 figure was set at Cabinet's discretion, after the findings of an independent review by Rodney Hansen QC, but followed guidelines for such payments drafted 15 years ago.

Mr Pora's legal team said those guidelines were out of date and the final figure should take inflation into account.

One of his lawyers, Ingrid Squire, said allowing the offer to be accepted, but still challenged in terms of inflation, would mean Mr Pora could secure some form of compensation but leave the door open to argue about the points they disagreed on.

Ms Squire said any challenge would likely take the form of a judicial review of the Cabinet's decision on the payment.

Her colleague, Jonathan Krebs, told The Panel that it was massively unfair that inflation had not already been taken into account.

The decision on whether to accept the offer was a very emotional one for Mr Pora, who had little money and had been diagnosed with fetal alcohol spectrum disorder, he said.

"He doesn't have a job. He's reliant on other people for support. And he, of course, is labouring under this lifelong brain-based disability."

"The offer as it's currently couched is 'this is what's offered, if you want to accept it you need to relinquish all other claims'.

"So there is the element of pressure with that which, for someone in Teina's position, makes it difficult."

'People just don't know what he's been through'

Tim McKinnel, a police officer turned private investigator who fought for years to clear Mr Pora's name, also said the amount was substantially lower than what the legal team thought was reasonable, and inflation should be applied.

"We think there is a strong case that inflation should be applied, particularly for somebody like Teina, who spent 22 years in prison," Mr McKinnel told Checkpoint with John Campbell.

"We would like Teina to have the opportunity to fight that at a later point, if he wants. He hasn't made that decision, but he's in a relatively vulnerable position where he has a powerful government offering him some money - take it or leave it - and we don't think that's right."

If the government applied inflation to the offer, it would increase to $3-$4m, he said.

"It will never properly compensate him, but I think if inflation is applied to the figure, I think we're getting close," he said.

He said he didn't yet know whether the government could agree to Mr Pora's legal team's terms, and he believed the original offer was fair.

"The whole thing has been a very tragic set of circumstances, and no amount of money can compensate Teina Pora for spending the better part of 20 years in prison. The government has taken advice as you would expect us to under the guidelines that were established some time ago."

Another lawyer involved in Mr Pora's case, Gary Gotlieb, this morning described the offer of $2,520,949.42 - made up of $100,000 per year of imprisonment plus other sums for loss of earnings and other harm - as "mean-spirited".

He told Morning Report that the government needed to "get real" and go back and reconsider the decision.

There was a lot of anger from the public about it, he said.

Ms Adams said earlier that Cabinet had gone with the amount that Rodney Hansen QC had recommended in his independent report on Mr Pora's claim.

But Cabinet had not adjusted it for inflation, as Mr Hansen had recommended it consider doing, because it could not do so under its guidelines, she said.

Ms Adams said there were other factors as well, including that compensation awarded for other cases in the past was not inflation-adjusted.

"Probably the most important reason is that the decision Cabinet made was whether we were still comfortable that the $100,000 per year of incarceration was an appropriate figure.

"In making that decision we were guided by a range of other international jurisdictions and the thresholds they have in place, and the New Zealand figure of $100,000, I think, sits very well inside those."

Ms Adams said she was open to reviewing the guidelines for awarding compensation in future but that this would not affect Mr Pora's claim.