One of the boys who punched Auckland teenager Stephen Dudley before he died has told an inquest that neither one of them wanted to fight, but they felt pressured by their friends. 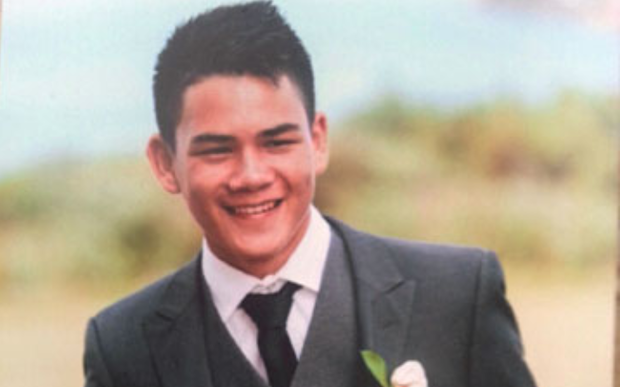 The 15-year-old died in hospital in June 2013 after being punched after a rugby training session.

Two brothers charged over his death that month were discharged without conviction a year later and have permanent name suppression.

A coronial inquest started yesterday in the Auckland District Court, three years after Stephen's death, and is set to last for five days.

One of his attackers, who cannot be named, said when he walked away with his brother after the fight he did not realise Stephen was badly hurt because he was still standing.

He said had he known Stephen was seriously injured he would have stayed behind to help him.

The boy said he decided to fight Stephen because he did not want to look weak.

Other witnesses have told the inquest that the boys were being egged on to fight, while others were trying to stop it.

One of the witnesses, who has name suppression, told the court Stephen was punched in the back from behind, causing him to collapse.

He said some of the other boys thought about telling the ambulance that he had been attacked by a stranger, in order to protect the identity of the boy who attacked him.

"Before I left to go up and meet the ambulance, some of the boys were discussing what to say. They were in a circle. I heard them say that they should say a random person did it. I don't know why they were going to say that."

His coach, who cannot be named, also told the inquest there had never been any fights at his training sessions and he had warned the boys against clashing.

He described the last conversation he had with Stephen.

"Stephen was one of the first boys to get his clothes, Stephen then walked up to me and shook my hand. He said 'see you on Saturday, sir'. I asked him to practice his passing skills and we laughed."

Yesterday the inquest heard from five of Stephen's team mates who witnessed the attack.