New Zealand's controversial three-strikes legislation is inconsistent with the Bill of Rights Act - and the Court of Appeal should use the case before it to put Parliament on notice, the lawyer for a convicted murderer says. 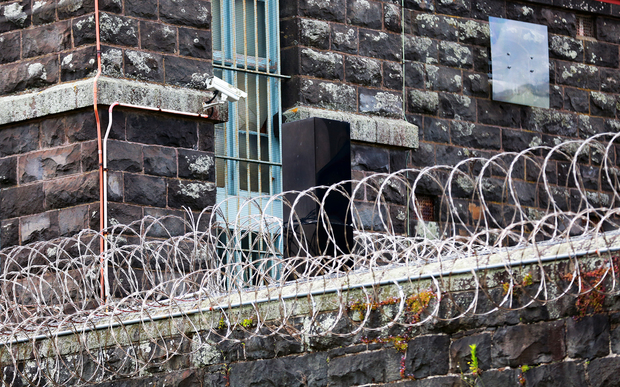 The court has reserved its decision in the case, in which the Crown is asking for life sentences without parole for two murderers on their second "strike".

Under the legislation, murderers on their second or third strike are sentenced to life without parole unless that's found to be manifestly unjust.

The strikes are given for a certain set of serious violent or sexual offences.

A sentence of life without parole has never been handed down in New Zealand.

Today, former ACT MP David Garrett, who authored the legislation, watched from the court's public gallery as defence lawyer Nick Chisnall argued sentencing his client to life without parole - with no opportunity for a review - would amount to a breach of the Bill of Rights.

He told the five judges that, if they found the legislation was in breach, then they should refer it back to Parliament.

Mr Chisnall represents Justin Vance Turner. In 2014, Turner pleaded guilty to the murder of homeless man Maqbool Hussain, whom he punched and stomped in an attack that lasted over an hour.

The murder was his second strike warning, and he has a lengthy criminal history that includes an attack on his girlfriend that left her on life support.

Turner is serving a life sentence for Mr Hussain's murder but will be eligible for parole after 15 years.

Mr Chisnall said his client was just 29 years old when he was sentenced so if he was given an non-parole sentence - according to mortality statistics - he could spend 60 years in prison.

The lawyer said the three-strikes legislation had no opportunity for review, and that would amount to a disproportionately severe treatment as defined in the Bill of Rights Act.

He encouraged the court to make a finding of inconsistency, which would put Parliament on notice.

Mr Chisnall said the legislation required lawyers to be clairvoyants and make a long-range prediction about a prisoner's future risk.

Harrison was convicted of a murder in a gang shooting - his second strike - and was sentenced to life with a minimum non-parole period of 13 years.

The Crown is also appealing his sentence, alongside Turner's.

Mr Stevenson said sentencing people to life without parole amounted to a sentence of death by incarceration.

Prisoners were entitled to the right to hope, he argued.

But he said it was there to protect the public from offenders who repeatedly committed violence and sex crimes.

Both Turner and Harrison had lengthy records that included serious violent crime and they were both eligible for life sentences without parole, he said.