Crown Law is lodging an appeal in two cases where judges refused to send criminals to prison for the rest of their lives under the three-strikes law.

The law, which was an ACT Party initiative to deal with repeat violent offending, states if a murder is committed on a second or third strike, the punishment is automatically life without parole.

But a judge can give a minimum non-parole period instead if they feel a lifetime in prison would be extremely unfair or manifestly unjust.

Life without parole has never been imposed in New Zealand - and ACT says the appeals should determine whether judges have been too lenient in interpreting the three-strikes law.

One of the two sentences being appealed is that of Justin Turner, who could be serving life in prison with no prospect of parole for the 2014 murder of Auckland man Maqbool Hussain.

The judge decided to sentence him to life with a 15 year minimum non-parole period, in part because Turner had shown remorse.

Mr Hussain's cousin, Aurang Zeb, said the family were disappointed with the sentence.

"Well, they're not happy, because 15, 17 years, it's not good enough - because he's coming back from the jail in almost eight or nine years.

"He's coming back to the people. He's a very dangerous man. He killed a person just for nothing."

The other case is the sentence of Shane Harrison, who was given a minimum non-parole period of 13 years for the murder of Alonsio "Sio" Matalasi in 2013.

In court, the victim's father, Isfeta Matalasi, had asked the judge to be lenient as he hoped Harrison could learn compassion.

In February, Turei Kingi was given life with a minimum non-parole period of 13 years for the 2015 murder of Jacques Donker in Hamilton, and Ben Bosch Herkt will serve 12 years without parole for the murder of Matthew Greenslade in Papakura in 2014.

In both cases, the judges felt it would be manifestly unjust to give them life without parole, as it would mean them spending at least 40 or 50 years in prison.

ACT leader David Seymour said he respected the judges' initial rulings - but he was concerned that none of these cases had received the toughest penalty when they could have. 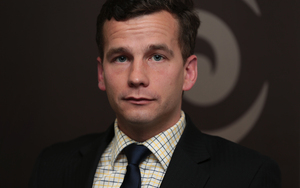 "I accept in every individual case that the judge was right. But you do start to worry from a public policy perspective that a pattern is emerging, and the three-strikes law may not be getting taken seriously enough by the judiciary."

Mr Seymour said direction from the Court of Appeal would help give the courts clarity when interpreting the term "manifestly unjust".

"As a parliamentarian, I also reserve the right to question whether the overall patterns are fitting what Parliament intended when we legislated three-strikes five years ago.

"The manifestly unjust clause was meant to be a safety valve, it should not become de rigueur."

But justice advocate Kim Workman said there could be a reason why judges were resisting imposing the harshest sentence.

"They probably resent having that judicial authority taken from them by Parliament and so they're holding their ground on this.

"If that continues, then this whole thing will get bogged down in the appeal courts. Not only by the Crown but by defendants if they do get a life sentence appealing as well," he said.

Auckland University law professor Warren Brookbanks said, if life without parole was imposed after this appeal, it was likely that cases would eventually end up in the Supreme Court.

He said that would be the best option.

"It would mean that the Supreme Court would have an opportunity to give a very principled consideration to this legislation, and make a clear ruling to give some parameters as to how other courts should interpret the phrase 'manifestly unjust'."

But Mr Workman said it would be better to abandon the three-strikes law now - rather than have sentences decided on appeal.

"This is just one aspect of it, which was entirely expected. These cases are going to the Court of Appeal, as expected, and they'll go to the Supreme Court court as expected."

Crown Law's case is due to be heard in Wellington on 3 May.