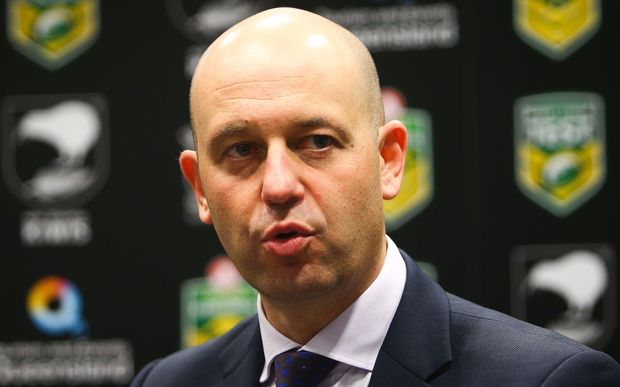 New South Wales police said their organised crime unit was in "the early stage" of probing allegations of match-fixing in the NRL after a local newspaper reported suspicions over two championship matches last season.

"(Match-fixing) is a threat which exists for all sport in this country and globally," Greenberg said.

"The response from the NRL will be very clear. If any allegations are proven, then we will ban anyone found guilty, for life."

The matches were against South Sydney Rabbitohs and Parramatta Eels, it said.

"The organised crime squad is in the early stage of examining information relating to alleged match-fixing in the NRL," an NSW police spokeswoman said.

Greenberg said police had not launched a formal investigation.

"But let me be clear, whatever the police require, they will get from the NRL and from our integrity unit."

A senior NSW police detective told local media last week there had been criminal "infiltration" in the NRL, with players known to have formed relationships with underworld figures.

"I'm not saying corruption or match fixing has happened, but I'm saying the infiltration is there and that infiltration can lead to the compromise of the sports of the athlete," said Detective Inspector Wayne Walpole.

Greenberg said last week it was "a bad look" for the game and warned players to choose their friends carefully.

The NRL was rocked by a fixing scandal in 2011 when former Ireland international Ryan Tandy was found guilty of spot-fixing when playing for the Canterbury Bulldogs the previous year.

Tandy was banned for life from rugby league, and months after losing an appeal against the charge in 2014 he was found dead due to a suspected drug overdose.