The National Rugby League says it co-operating with a New South Wales police investigation into allegations of match fixing in the sport.

New South Wales police have confirmed the organised crime squad is looking into some matches.

A statement from the NRL said it's "treating this as a serious matter and will take any action necessary to protect the integrity of the game," and will continue to co-operate with authorities.

A round-16 match between the South Sydney Rabbitohs and Manly Sea Eagles, which Souths won 20-8, and a round-24 clash between Manly and Parramatta Eels, which the Eels won 20-16, were reportedly the two games in question. 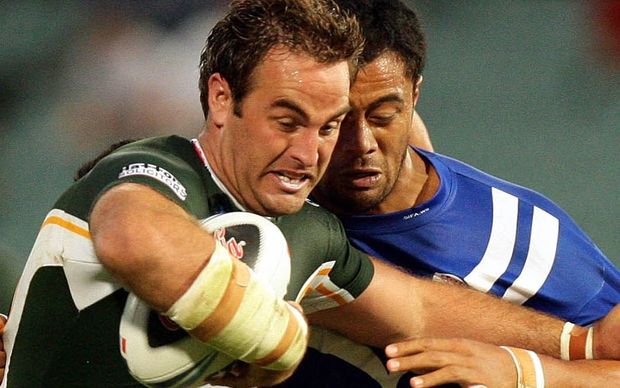 The Australian Crime Commission warned in their February 2013 "darkest day in Australian sport" press conference that criminal figures were possibly infiltrating sporting clubs, with the danger that they could manipulate results.

There is no suggestion the current investigation is linked to their warning.

"I'm not saying corruption or match fixing has happened, but I'm saying the infiltration is there and that infiltration can lead to the compromise of the sports of the athlete," he said.

The NRL was last hit by match-fixing allegations in 2010 when Ryan Tandy was convicted of trying to fix the early stages of a match between his Canterbury team and North Queensland.

Former Manly winger David Williams was among five players banned for the second-half of the 2014 season after he was caught placing multiple bets on NRL matches, including several which he was involved in.

There was no suggestion of match fixing in Williams' case.

In 2011 former Canterbury Bulldogs player Ryan Tandy was convicted of trying to fix a 2010 match between his side and the North Queensland Cowboys.

Tandy was fined $4000 and placed on a 12-month good behaviour bond, with the magistrate presiding over the case saying he was clearly involved in a plan to make money off the first scoring play of the game.

Tandy was subsequently banned for life from the sport.

In 2014 the 32-year-old Tandy was found dead at the Gold Coast home of his parents from an apparent drug overdose.