An Auckland surgeon is fighting for funded access to a treatment she says could help about 1000 women a year. 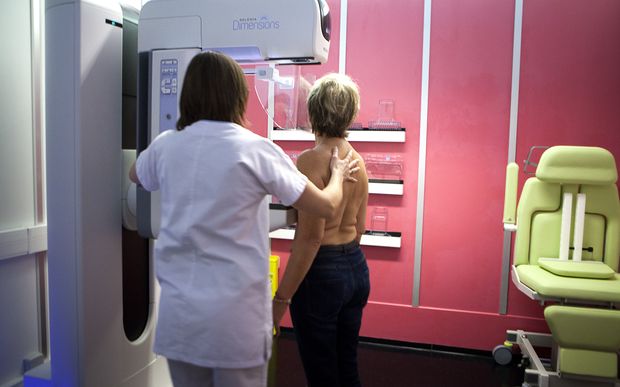 A file photo shows a woman being screened for breast cancer. Photo: AFP

Intra-operative radiation therapy (IORT) is suitable for about 30 percent of breast cancer patients - those with early-stage and low-risk cancer.

The treatment has been available privately in Auckland for two years, and involves using a special machine known as an Intrabeam to deliver a single dose of radiation into the cancer cavity at the same time as surgery. 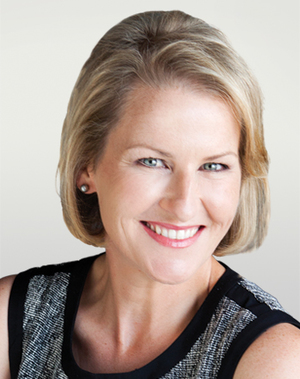 Dr Erica Whineray Kelly, who brought the machine to Auckland, said 85 patients had been treated with it over the past two years.

"Normally when a person has a lumpectomy or partial mastectomy for breast cancer they would have three to five weeks of daily radiation delivered to the whole breast.

Those suitable for the treatment were women who were over 45 and had a tumour smaller than 3cm - "that's grade one or grade two", Dr Whineray Kelly said.

"So those tumours we would expect to do well. There are also patients that have come through the screening programmes, so they're a low-risk cancer and we would like to move them from giving them a maximum tolerable treatment to the minimum effective dose, which is what tailoring is all about."

About 10 percent of women would need to go on to have some external beam radiation as well, she said.

"That's because at the time of surgery something turns up that's not right, like they've got a tumour in their lymph nodes or it's a higher grade."

Most women had few if any after-effects, she said - and an international trial concluded intra-operative radiation therapy was convenient, effective and had fewer side effects than the conventional alternative or whole-breast radiation therapy.

Dr Whineray Kelly said the treatment cost $8600 privately, or $12,000 once costs for a radiation oncologist and physicists to deliver the treatment were added.

"Because Intrabeam [the treatment's brand name] has been brought to New Zealand privately, no capital expenditure is required for DHBs [district health boards] to start referring patients.

"DHBs simply have to refer eligible patients to Focus Radiotherapy, the clinic where the Intrabeam is located, and agree to pay the cost, which is less than traditional treatment with a linear accelerator." 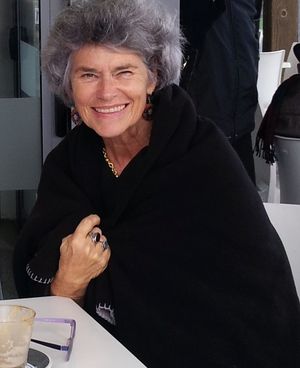 Auckland woman Jo Cliffe, who was one of the first to have intra-operative radiation therapy two-and-a-half years ago, says it went well.

"I was in overnight, I came home, it seemed to me that I didn't go through the psychological trauma that we... we all go through some but at least for me it was over and done and I could get on with life."

Ms Cliffe, 67, also said the surgery left little mark: "I had two tiny little incisions but look, you'd have to look at with a microscope to find [them] really, no major cutting, very minimal."

"The benefits for women are that they don't have to travel to hospital every day for up to five weeks, they avoid the side effects of traditional radiation treatment, such as burns to the skin or potential damage to heart and lungs, and they can recover with the support and the care of their family and friends and get back to their normal lives much faster."

New Zealand's former National Health Committee was assessing the technology until it was disestablished in March this year. It said in a report in March 2015 the "evidence base for comparative effectiveness of IORT is immature and largely comprises lower quality studies."

It also said: "There may be potential benefits to patients and the health care system from IORT being used as a substitute for EBRT [external beam radiation therapy] in the treatment of early breast cancer."

The country's largest health insurer, Southern Cross, does not cover the radiation treatment.

It was reviewing a new application from Dr Whineray Kelly to cover the treatment for members.

But it said advice in previous years from independent and international sources included that patients having the treatment showed a higher rate of recurrence of their cancer, and the treatment was still experimental.

The Ministry of Health said it had taken over the work of the National Health Committee. It said there was considerable debate about the overall risks and benefits of intra-operative radiation therapy, "as much of the evidence around the project is yet to be effectively demonstrated, particularly around any substantive additional benefit over existing treatments".