Air New Zealand is trying out a climbing robot to inspect and photograph hard-to-reach surfaces on its aircraft.

The robot, which carries a camera, can identify defects not immediately visible to the human eye and beam back high-resolution footage in real time.

Air New Zealand chief operations officer Bruce Parton said inspections of the top of the fuselage were needed after incidents such as lightning strikes.

But those inspections meant engineers had to work at heights of up to 8 metres. 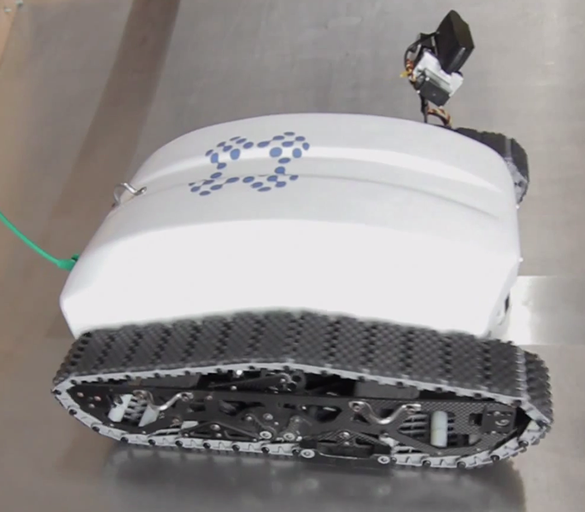 The robot moves along the surface using four suction pads that create a vacuum.

The airline started using the robot after recognising that the shape of a milk tank closely resembled an aircraft fuselage.