A police search for a man who went missing from a mental health facility and drowned was like a black comedy of errors and missed opportunities, his family says.

Nicky Stevens, 21, drowned in the Waikato River in March last year while under a compulsory care order in a mental health unit at Waikato Hospital.

The Independent Police Conduct Authority's report into what happened to Mr Stevens said policy and good practice were not followed.

No one had taken responsibility for ensuring the police were doing everything they could to find him until two days after he disappeared, the report said.

It said the Henry Rongomau Bennett Centre in Hamilton had notified police about two hours after he disappeared.

"Two days later, on the afternoon of 11 March 2015, police commenced a Search and Rescue operation for Nicholas Stevens. A member of the public found Nicholas Stevens' body in the Waikato River the next morning," the report said.

Mr Stevens had a history of self-harm and was a patient at the Henry Rongomau Bennett Centre in Waikato when he went missing.

He drowned in the Waikato River after being let out on an unsupervised smoking break.

His mother, Jane Stevens, said the family was pleased by the IPCA's thorough investigation of the search, but shattered at the picture it painted of bungling and poor systems, which meant the prime opportunity to find Nicky alive was lost.

"It was a black comedy of errors from both the DHB and the police, one that we wouldn't wish on any other family," she said. 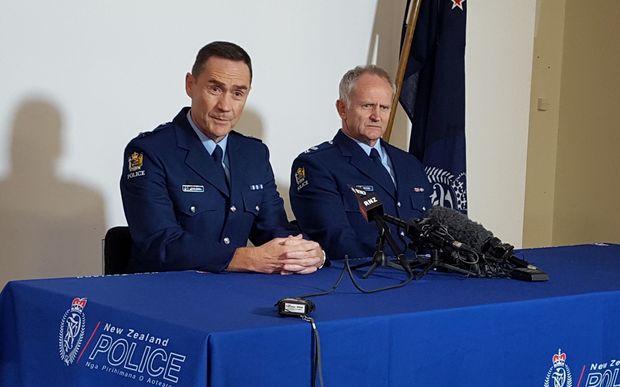 "The New Zealand police unreservedly apologises for that distress and frustration brought upon the family by our failure to implement the systems and processes that we have for dealing with incidents."

"[We] accept that the police have taken steps to improve the way they handle cases like Nicky's, and are willing to include us in some planning work that is being done around this."

"We note that the way the IPCA and police have handled our complaints following Nicky's death is streets ahead of the DHB and other Health agencies, who have yet to start any reviews or investigations into Nicky's death."

The IPCA report said there were missed opportunities over the first two days to reassess the risk posed to Mr Stevens and to realise more action was needed.

It was critical of the missing person's co-ordinator for the Waikato district, saying the response fell well short of the standard expected for that role.

The handling of the notification at the police communication centre from the health facility was inadequate and the Waikato district command centre did not provide effective oversight, the report said.