Suing people who watched an illegally streamed video falls into a grey and untested area of law, say legal and computer experts. 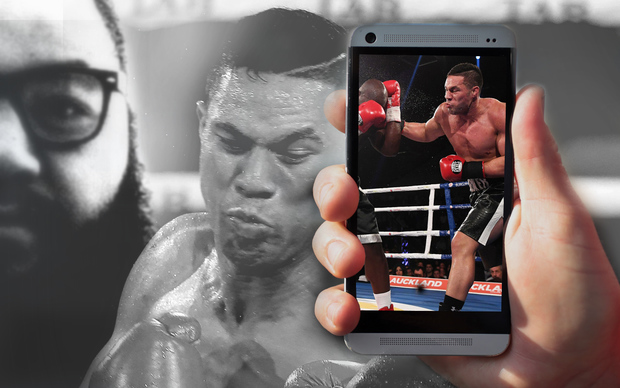 Thousands watched boxer Joseph Parker take on and beat Carlos Takam at the weekend, but it is the way they watched it that has sparked controversy.

The promoter of Parker's fight, Duco Events, is vowing to go after the thousands of viewers who watched the match for free on Facebook and Periscope.

Sky Television, which had the broadcast rights, was charging $50 to view it live.

Sky said it was exploring all its legal options after Porirua man Moze Galo filmed the fight on his phone and live-streamed it on his Facebook page BeastMoze.

If the company did take legal action, it would be the first case of its kind in New Zealand.

Intellectual property expert Clive Elliot, QC, said when it came to streaming the law was unclear.

"The question really is whether the viewers were downloading the work - the fight in other words - or whether it was in some transient or temporary form," he said.

Streaming was somewhere in the middle and it was time it was tested in court, he said.

Mr Elliot also questioned whether it would actually be worth Duco chasing viewers for damages.

"I suspect the damages would be no more than $50 because that's really what they would have paid to see the fight," he said. "It would be much easier to go after the person who created the stream rather than those who watched it."

He said the promoter could be looking at a claim of more than $1 million, because each viewer would have arguably been someone who would have paid to watch the fight.

Duco Events co-owner said it planned to chase the viewers, and said they could be tracked down on Facebook.

But Internet NZ deputy chief executive Andrew Cushen said Facebook had never before shared those kinds of detail and he would be concerned if it did.

"If you start to think about what that would mean it's actually pretty chilling to think that Facebook would start to disclose who has seen certain posts," he said.

Facebook told RNZ News it had tools in place to allow content owners to report potential infringements. It did not respond to questions about whether it would disclose the details of those who watched them.

Moze Galo did not respond to requests for an interview, but fans of his Facebook page were already offering to chip in to help with any potential legal costs if it was needed.