The man who broadcast Joseph Parker's pay-per-view heavyweight bout to tens of thousands of fans for free on Facebook claims he's a modern day Robin Hood. 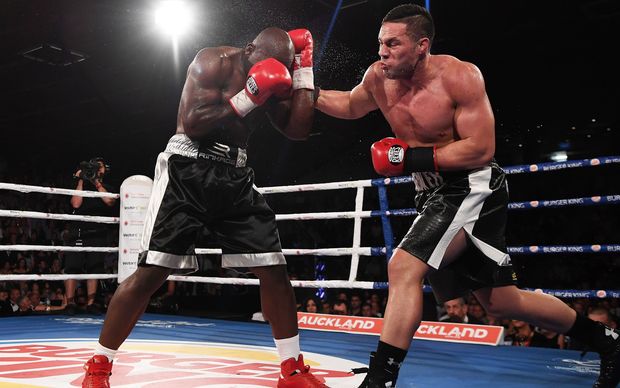 Moze Galo said the price for seeing the fight on Sky was daylight robbery and that he was simply giving promoters a dose of their own medicine.

Saturday was the night fight fans had been waiting for for months.

But it wasn't just the fight that was under scrutiny the next day.

Mr Galo, from Porirua, broadcast the fight free over Facebook - filming his TV and then streaming it through the Facebook Live service, where it had thousands of views.

While he may have been popular on Facebook, he was not with Duco Events co-owner Dean Lonergan.

Sky TV's Arena channel was charging $49.95 to watch the fight and Mr Lonergan said he had been talking to the broadcaster about taking legal action against Mr Galo, who he called gutless.

Mr Lonergan told Morning Report it was the people who were illegally streaming the match that he was going after, and they were all on Facebook and quite easy to track down.

He said this type of thing happened all over the world, but he was going to do something about it.

But he said earlier he did not know if the illegal streaming really affected Duco Event or Sky's bottom lines.

"Look the honest truth is, I don't know what impact it has because maybe the people who are streaming it would never watch it or pay for it anywhere - so we're very grateful to the people who did buy-in and watch it legally."

While RNZ News' attempts to speak to Mr Galo were unsuccessful - he took to Facebook to defend himself yesterday.

To his friends, he wrote: "Bro in all seriousness.. I always thought that Duco were Crooks. I never liked the way they promoted their ppvs - $50 bucks is the most expensive ppv I've ever seen. They also raised the ticket prices.

"They were blatantly robbing people. I just gave them the same medicine haha. It was buzzy to see so many people watching my TV in my house. Call me the modern day Robin Hood...haha."

Technology commentator Peter Griffin said new services like Periscope and Facebook Live were allowing people to put their phones in front of their televisions and broadcast the content themselves.

"So this is a real problem for the content owners, for the movie industry for instance, for big companies that are doing sports events, particularly as literally hundreds of thousands of people are now using the likes of Facebook Live," Mr Griffin said.

"(This) has mainstreamed the ability to broadcast something to an audience friends and family and potentially wide as well."

Justin Graham, a partner at law firm Chapman Tripp, said the person responsible for the live-streaming committed a copyright infringement by broadcasting the fight publicly, and could be ordered to pay tens of thousands of dollars in damages.

But he said pursuing the legal action could cost Sky the same amount of money.

Sky TV has made no comment, other than to say it constantly monitored illegal streaming.

Parker is expected to fight British world champion Anthony Joshua for the IBF world title either late this year or early next.