A Christchurch mother living in her car says Work and Income still hasn't been able to help her, after the Social Housing Minister told her to go to the agency. 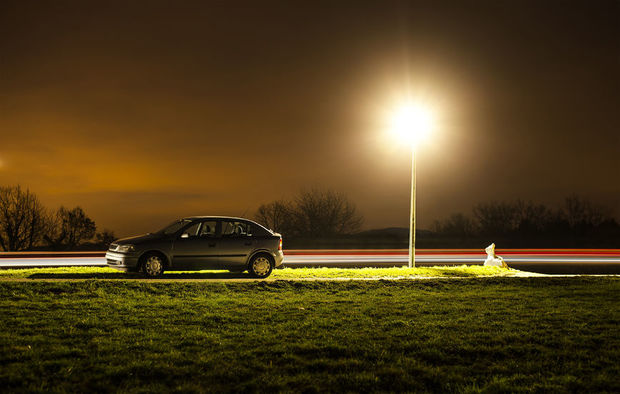 Julie has been sleeping in her car (file pic). Photo: 123RF

Julie, a homeless mother of five, says she has asked Work and Income for help yet again, but the agency still can't find her somewhere to stay.

Julie has been forced to sleep many nights in a car on the street and struggled to find places for her children to stay each night.

Social Housing Minister Paula Bennett told RNZ yesterday that she should go to Work and Income.

But Julie said she had already done that.

"As soon as she said I need to go into WINZ, yeah, I had a little sarcastic giggle going on. It's one of their go-to sayings, isn't it? Go into WINZ, pass the buck somewhat."

Julie said she did ask Work and Income for help again yesterday but the only place it could find for her was a women's shelter, where her 16-year-old son could not stay.

A child poverty advocate said it was unacceptable Work and Income could not immediately help families living in cars, garages and other severe circumstances.

Mrs Bennett announced last week that it will fund 3000 emergency housing places, which were currently paid for by charities and other agencies.

But Mr Hogan said these places were mostly beds that already existed.

He said to then be selling off state houses at the same time as there was an emergency housing crisis was mumbo-jumbo.

Mr Hogan said in the meantime, the government needed to find short-term solutions, such as creating container homes.

The government should find out how many people were homeless before trying to fix the problem, said the Coalition to End Homelessness.

Coalition spokesperson Corie Haddock said any money which went towards providing people a bed was a good step, but more had to be done.

"The population of people living in cars and overcrowded situations is yet to be defined. So, I think you will fins there are a whole lot more people, not only in emergency accommodation, but post-that in permanent accommodation."

The Christchurch City Council is also meeting today with businesses and those helping the homeless to try to get more people into accommodation.

A group of homeless people has set up camp outside one of the city's upmarket department stores, prompting a complaint to the police from one of its staff.

One of those begging close to the store, Tim Shepherd, said he had been living on the streets for seven weeks.

Today's meeting was not opened to the homeless, but Mr Shepherd said he would have gone if he was invited.

"Depending on what they have got to say, as long as they are positive and really helpful, then I don't really mind that part of it. But if they just want to mock us or run us down and try and say we're nobodies, well, I won't have a part of it."

Mr Shepherd said he had been unable to apply for an unemployment benefit because he did not have a bank account number or the necessary identification.

Schools forced to step up

Meanwhile, a Tauranga principal said schools were having to deal with the problem of homelessness, as government agencies failed to cope.

Merivale Primary School's Jan Tinetti said she knew of up to 10 families who in the past fortnight had been living in garages and cars - and the problem was growing and getting out of hand.

She said the children coming to school were really stressed.

"They're not coping well at the moment. Learning is something that is not a high priority for them. The basic living needs aren't there for them, it's putting stress on the classrooms and the schools."

Ms Tinetti said she had been told that in her area there was a two-week wait to even get on the Work and Income waiting list for emergency housing.