A navy commander found guilty of indecently assaulting a female junior officer has been dismissed from the Defence Force.

Philip Wiig was found guilty at a court martial yesterday of grabbing the woman's buttocks during a navy social event at the Devonport Naval Base in 2012. 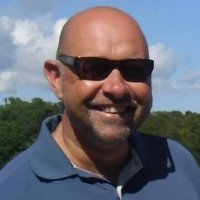 The officer told the court that she had been groped several times and felt preyed upon.

He was named this morning and sentenced this afternoon.

At the sentencing hearing today, the prosecution asked for Wiig to be demoted to the rank of lieutenant.

However, Judge Duncan Harvey told Wiig his actions were a gross failure of leadership and it would be intolerable for his services to be retained.

"For a reason simply not apparent, you decided to target this young woman.

"You preyed on her, you humiliated her, you made her feel like an outsider in the company of ... both subordinates and more senior officers," Judge Harvey said.

The court martial needed to send a strong message, he said.

"Our young women must be free to join the services in knowledge that they will be treated fairly and with respect."

A 2015 report on the Air Force found a "culture of sexism" and "long-held and widespread" sexist attitudes.

In March, the Defence Force launched a campaign, Operation Respect, aiming to reduce sexual violence within the armed forces.

It includes a new "restricted disclosure" system so that military members can report sexual assault and harrassment confidentially and get support, without having to trigger an investigation.

In a victim impact statement she read to the court, the complainant said she had not wanted to lay a formal complaint because of the investigation and court martial proceedings that could entail.

However, under the existing system, she had been forced to do so once her superiors found out about the incident.

"It's no secret that I did not voluntarily come forward. This is hopefully the final chapter in the saga and I hope I can help the New Zealand Defence Force to work on a culture change."

Wiig's defence lawyer asked for name suppression to continue to protect his family.

But Judge Duncan Harvey said the navy was not a large organisation and if Wiig was not named now it would cast unjustified suspicion upon others of his rank.

Wiig had denied the charge, with his lawyer saying the woman had not seen his hand actually touch her and it could have been someone else. A previous court martial in March failed to reach a verdict.

The female officer told the court this morning that Wiig's behaviour made feel violated and completely humiliated.

The woman said Wiig grabbed her buttocks four times during the social event, including two occasions she described as a "full grope".

Each time she was grabbed, she would turn around to see him, often smirking or laughing, she said.

"In a group of my peers, I was suddenly the one that didn't belong. I was just a female who could be touched without permission," she said.

Friends had asked her why she didn't just leave, or react at the time.

"My [superiors] there were men and most were drunk, which made it awkward. I didn't want to ruin the night."