As the national debate over homelessness continues, a Christchurch mother of five who left her home because of domestic violence says the system has failed her.

Advocates for the homeless say the country must get a grip on the true number of people without houses if struggling support services are going to have a hope of helping them. 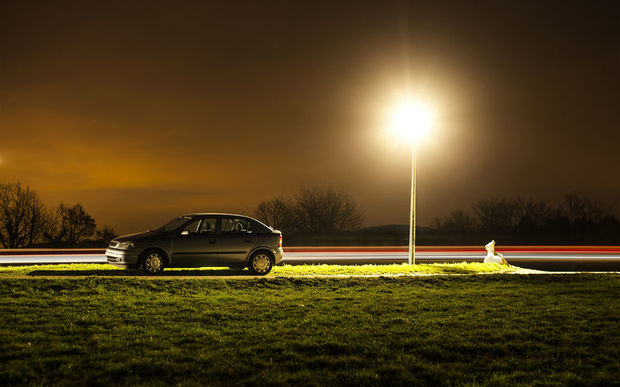 There is growing debate over how New Zealanders have ended up sleeping in cars, garages and tents. (File pic) Photo: 123RF

Julie, a homeless woman in Christchurch who has five children aged between 3 and 16, moved out of her ex-partner's home six weeks ago because of domestic violence and says she has been forced to spend many nights sleeping alone in her car.

"It's pretty scary at night, down dark roads, hoping that nobody is going to come in the car. I'm a bit of a scaredy-cat so any little bit of noise is quite frightening. A lot of thoughts go through your head, like 'what if?', and 'why am I even in this position?'. It's not nice."

With no family to help out, Julie has approached government agencies for assistance. She said she had been on the Housing New Zealand waiting list for five months, but was kicked off when she refused a house around the corner from her ex-partner's mother's home.

Julie said she was back on the state housing list now and her children asked every day whether they had a new home.

She told Morning Report there was a "lot of back and forth".

"We were speaking to Housing NZ and they said go get quotes from motels. So I went around town, getting quotes and went back to WINZ, and they were confused as to why I had done all this, because apparently they have their own motels that they use. So I did that, and spent three nights in a motel at a cost of $350, which I have to pay back weekly, and then it's back to sleeping in the car.

"Women's Refuge have no room for me and my five children, they have room for just me, my older boys can't go with me, there's wait lists on the other temporary or emergency accommodation. I've been on the Housing NZ list for five months. I ring them pretty much every day and they say that they can't tell you when you will get a house.

Julie's children are staying in different places around the city.

"I find it really upsetting, I want my own house, I want to be free again. I just want to be with all my children. I just don't want to be here."

Social Housing Minister Paula Bennett said state houses were available in the city and Julie should be able to find a place because the Christchurch rebuild had caught up with demand.

"We do have houses available and she should be at Work and Income. I don't know her personal circumstances obviously, but Christchurch is easier than Auckland, and I think we can help her."

Ms Bennett said there was a pipeline of work, including freeing up state houses from people who could afford private rentals, to address the homeless problem.

An Auckland advocate for the homeless said Work and Income was overwhelmed by the problem, and unable to address a growing social disaster.

Corie Haddock has worked with the homeless for nearly a decade, and said in that time the problem had grown to such a level that social agencies could not cope, despite their best intentions.

He said it was now beyond the capability of government agencies to fix.

"The staff at WINZ are amazing, but they don't have the systems and processes in place to address homelessness.

"They do what they can, but the reality is that the majority of people that would go to WINZ continue to be living on the street. And when you're talking to Housing New Zealand, they're telling people they have to wait for 18 months. Well, if you're living on the street or in the car, you need support now."

Mr Haddock said the under-funding of government agencies would only create more homelessness.

Work and Income has recorded 428 people across the country as saying they were homeless in March.

But James Crow, the founder of the Gimme Shelter campaign, told Morning Report the homeless figure was an under-estimate, which led to a lack of funding for the sector.

"The sector's under-resourced because policy-makers are poorly informed. And they are poorly informed because you have very little time to look at an issue each day, and if they're pulling up data like 450-odd people through WINZ, that's only a micro-survey of the national population."