Social housing groups are calling on the government to increase the supply of affordable housing, saying it's the only way to address Auckland's housing crisis.

The Salvation Army and the Mangere Budgeting Service say the government can't continue to ignore the growing numbers of people forced to live in cars, shipping containers and garages.

To avoid this, they say next week's budget must deliver on truly affordable housing and increase the supply of social housing in the country's largest city.

Both agencies have reported more and more cases in Auckland of people who had struggled to put a roof over their heads.

Salvation Army spokesperson Major Campbell Roberts said the estimated 10 percent of South Auckland garages being lived in was conservative and in some streets, all the garages in a street were occupied.

"People are sort of halving their garage and having one family on one side of the garage, and another family on the other. These are the sorts of situations that are now emerging in this housing crisis," he said.

"Recently we moved a family from underneath the Tuakau Bridge, where they were camping out because they had lost their house, and even last night at six o'clock I was delivering a food parcel to a family of three living in a shipping container over in Pukekohe," he said.

He said that was not suitable accommodation for anyone.

"Some people would say that if they're in a garage, they've got a roof over your head. But the reality is a garage was built for a car. A caravan was built to have a holiday and a boarding house was built to house people coming out of prison, or drug dependency units etc. So we've lost the plot and we've got to do something to get back on track," he said.

Mr Evans said in the past people were referred to budgeting services.

But he said budgeting could not change the fact many were simply not making enough to survive, because minimum wage and benefits were not enough to pay the cost of rising rents.

"The accommodation supplement - which many of our families will apply for and qualify for - hasn't risen for a number years. And so the maximum entitlement is $200 a week, but if the rent is $500 or $600, then there's a huge shortfall."

Speaking to Morning Report today, Prime Minister John Key said it was not acceptable that people were living in cars or under bridges.

Mr Key said people in those circumstances should seek help from Work and Income.

He said he would be amazed if the agency left people living in cars, particularly if children were involved.

Mr Key said the government was doing what it could to help people in housing difficulty, including spending more on emergency housing.

"The situation where people find themselves living in a car, or living under a bridge or something, there could be a range of reasons, but, at the core of it, that's not the New Zealand we want, and it's not acceptable."

He said the government was also trying to move couples and single people from bigger state houses into single-bedroom homes to help free up three and four-bedroom homes for families. 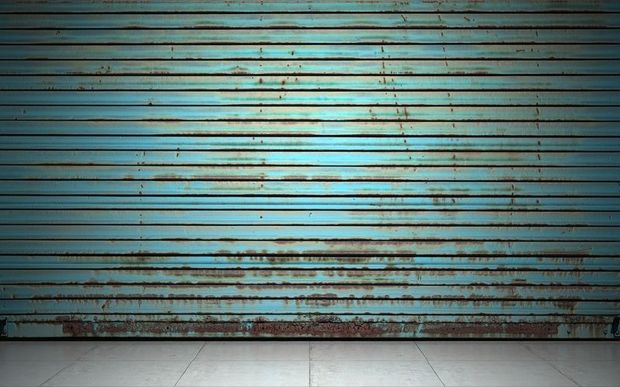 An estimated 10 percent of South Auckland garages are being lived in. Photo: 123RF

Both organisations were critical of Housing New Zealand saying, as Auckland's largest landlord, it was the only one able to increase the amount of affordable housing in the city.

While Housing New Zealand was redeveloping some sites, it was not building anywhere near the 1000 new houses a year that the city desperately needed, said Major Roberts.

"The reality is at the moment that there is nobody else to do that. The community housing sector is certainly willing to help, but it can't be the main provider and the other thing is that it needs resourcing to do that, and that resourcing currently is just not available."

And Mr Roberts was critical of the government's demand for a dividend - an estimated $118 million this financial year - saying it would make more sense to re-invest the money into new homes.

"It's crazy at this point to be taking money off Housing New Zealand, then giving it back. As we've had this week an allocation of $14 million for emergency housing. Emergency housing is not really housing, it's dealing with a crisis situation that has no long term benefit," Mr Roberts said.

Mr Evans said shifting the needs assessment from Housing New Zealand to Work and Income had made it virtually impossible to pick up the phone and speak to a case worker about a family's plight.

"Currently I understand the data is put into a computer and essentially the computer generates a number, A16 is the highest risk. They get housed quicker than somebody who is, for example, a B10. I don't want a computer deciding on who gets a home."

As a result, Mr Evans estimated in the past 12 months he had been lucky to achieve four houses, whereas in the previous year he was able to find state houses for 100 families.

He said he would like to see a commitment from both central and local government to build more affordable housing.

"I've heard the Minister in the week saying an affordable home to buy is in the mid-500s. We need a reality check. The families that I'm working with are struggling to pay rents of $400 or $500, so what makes you think that they can go into their own home."

Mr Roberts said he would like more money allocated towards helping people to buy their own homes.

"We need to be supporting things like shared equity type programmes, enabling people who are in rental housing at the moment to take that step into their own house, now that's going to require some assistance from government."

Mr Roberts said the government needed to focus attention across the entire housing sector, from emergency housing, to social housing and home ownership.