Two soldiers who took drugs have been sentenced by court martial to 14 days in detention and have had seven days' pay docked. 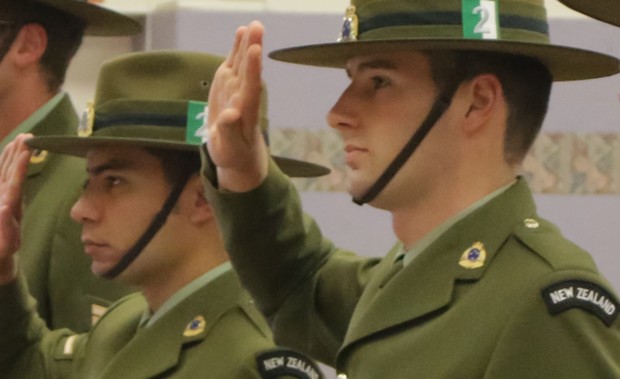 Lance Corporal Joshua Mapson and Private Barclay Bishop were found guilty of taking the psychoactive drug NBOMe while at a bar in Palmerston North last October.

Their sentencing, in the Linton Military Camp, has been determined by a three-person military panel.

Mr Mapson's rank will also be reduced from Lance Corporal to Private.

Judge Anne Gaskell said that was because he should have known better.

"This is a serious offence, and one that is completely at odds with the ethos and values of the New Zealand Defence Force. As a person holding rank, you must be able to adhere to those values. You have not done that."

Earlier, prosecuting lawyer Colonel Craig Ruane told the panel Joshua Mapson must be held to a higher standard because of his rank.

Defence lawyer, Michael Bott, said the army was Lance Corporal Mapson's life and he had no hope and no achievements before joining 13 years ago.

"This is a man who's come from a very difficult background - a very tragic background - who had no qualifications when he left high school or college and has found in the army a family, a sense of camaraderie, a sense of purpose.

"He's volunteered to go to Afghanistan and did so with distinction - a high-risk situation, so he's served his country proud."