The quality of food being served to Dunedin Hospital patients is now being monitored by the agency responsible for the controversial contract. 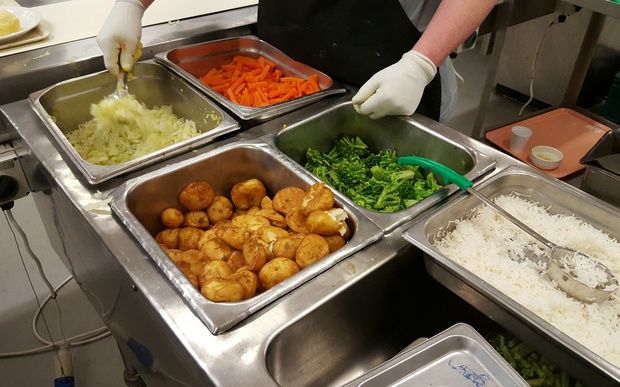 There has been a stream of complaints from patients and junior doctors since Compass started providing the food to Southern District Health Board's hospitals in February.

The government agency Health Partnerships said Compass was initially in a three-month transitional phase, but since April it had had to report monthly against a set of performance indicators in its contract.

The indicators include food safety, patient and staff satisfaction, and complaint resolution.

Health Partnerships said it had also begun work on a full auditing system for Compass's meals that would include nutritional aspects, such as energy and vitamins, taste and texture.

The company has a 15-year meal supply contract, with termination clauses based on key performance measures such as nutritional value, taste and presentation.

Last month the company said it had the right to remedy any issues raised, and a qualitative survey at Dunedin Hospital had shown three-quarters of patients were satisfied with their food.

Despite Compass being the only provider which has agreed standards with district health boards, a recent survey found 90 percent of junior doctors at Dunedin Hospital believed the quality had worsened since the international company took over food preparation last year.

Hospital food should have to meet nutritional national standards so patients can be assured what they are eating is good for them, Waikato DHB says.

Waikato District Health Board has been winning praise for its hospital meals.

Its nutrition and food services manager, Wendy Dodunski, said the board had to develop its own nutritional standards, based on Australian ones.

She wants a national standard so the public can be confident about the food in all hospitals, regardless of who the provider is.

"If the food is not palatable, then people do not eat it.

"As a nutritionist I think the real concern is as much in terms of the quality of the food preparation as it is in the content of the food."

Compass supplies food to nine DHBs across the country. Another eight DHBs are supplied by a different operator, Spotless. A further three health boards still run their own kitchens.