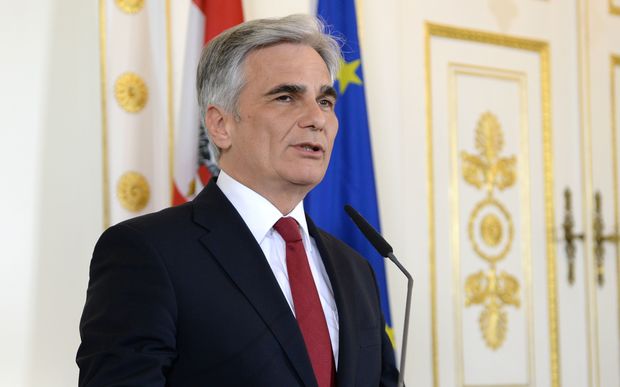 Austrian Chancellor Werner Faymann announces his withdrawal from all his offices. Photo: AFP

Mr Faymann came to power in 2008 but has faced criticism within his party since the far right won the first round of presidential elections last month.

He told a news conference that Austria needed a chancellor who had his party "fully behind him".

Deputy Chancellor Reinhold Mitterlehner will take over as chancellor on an interim basis.

Mr Mitterlehner, the leader of the junior party in the governing coalition, told Austrian news agency APA he saw no need for fresh elections.

In his surprise resignation statement on Monday morning, Mr Faymann called for the government to make a new start.

"I'm stepping down from my role as chancellor and SPO leader," he said, acknowledging he had lost support within the party.

Mr Faymann singled out the challenges of bringing down unemployment, as well as social cohesion and the refugee crisis. He said he was "very grateful to have been able to serve this country". 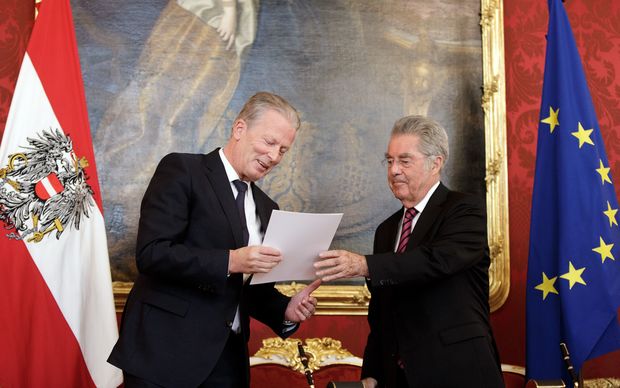 Earlier this year, he yielded to pressure from his coalition partner, the conservative People's Party, to cap the number of people allowed to claim asylum in Austria after the arrival in 2015 of more than 90,000 asylum seekers.

That decision prompted criticism from trade unionists and the SPO's youth wing.

There was further pressure on Mr Faymann after far-right Freedom Party candidate Norbert Hofer won the first round of the presidential election a fortnight ago.

The green candidate was second while Mr Faymann's Social Democrats and the centre-right People's Party failed to make it to the run-off vote on 22 May.

"I'm firmly convinced that this country is strong enough to face the challenges of the future," the outgoing chancellor told reporters.

Mr Faymann had told few party colleagues of his decision to stand down. Although he still had the support of the majority of the SPO, he believed his backing was not sufficient to keep going. 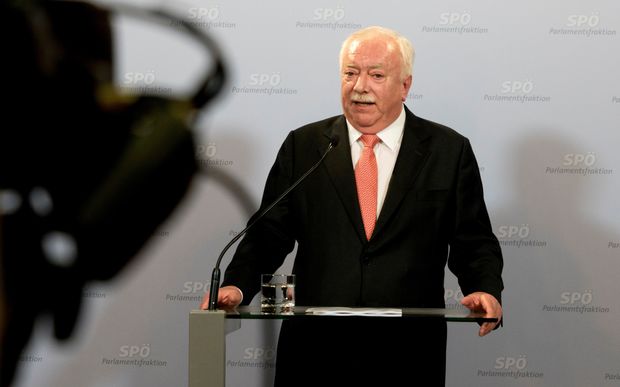 Michael Haeupl, the mayor of Vienna and deputy chairman of Social Democratic Party of Austria, will perform the party leader's role in the interim. Photo: AFP

Vienna mayor Michael Haeupl has been named acting leader of the SPO at a meeting of the party's executive, but it is unclear who will lead the party and take over as chancellor in the longer term.

Parliamentary elections are not due until 2018.