Divers, surfers and boaties are being warned of powerful waves sweeping up the west coast. 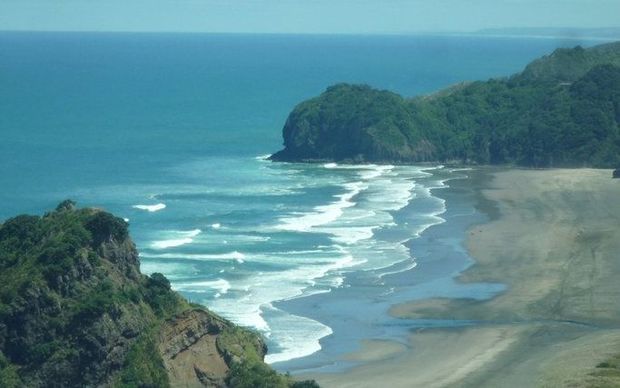 Stronger swells are sweeping up the North Island's west coast. Waves at places such as Piha will be much bigger than usual when they hit the shore. Photo: Wikicommons

Storm force winds south of Australia last week whipped up the powerful waves which are making their way up the county.

The swells moved up the West Coast of the South Island overnight and are making their presence felt in the North Island today.

MetService forecaster Tom Adams told Morning Report the waves may look normal from a distance but were travelling faster and carrying about twice as much energy as usual.

"They're also going to defract more than ususal which means rips will appear in different places."

The powerful swells would continue for at least the next two or three days.

"The swell heights are not particularly out of the norm - it's just the energy that these waves have.

"Far out in the sea it will look quite calm and benign, but as they come to shore and start breaking they could be breaking up to twice as high as they normally would for a wave of the same height out in the ocean.

"There's also an increased chance with such a high energy packet of waves of having more freak waves where different waves add together to create unusually large or even more powerful waves."

Anyone out on the water off the North Island's west coast including at New Plymouth, Raglan and Piha should be aware of the waves over the next two to three days.

Boaties are warned to be on the alert for stronger than usual currents and rips, and stress on moorings.