Unions say the concept of the eight-hour day is increasingly becoming a thing of the past. 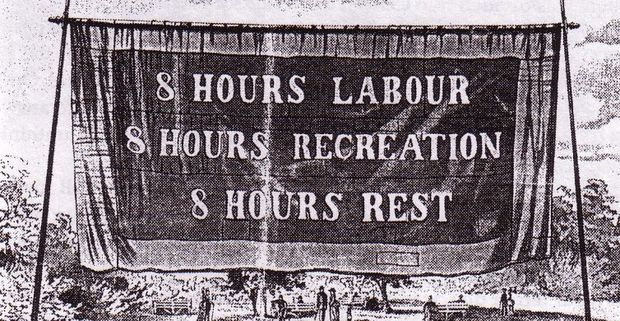 Today is International Workers' Day, celebrating the labour movement and the eight-hour day.

The day is a public holiday in many countries.

New Zealand has its own Labour Day holiday in October, marking the anniversary of this country adopting an eight-hour working day.

However, many organisations still celebrate solidarity between workers on what is colloquially known as May Day.

"There's no effective protection in the law and for many people, if they do work long hours, there's no recognition in higher rates of pay or overtime pay," he said.

"There's a lot of concern about the number of people working in insecure conditions who don't know how many hours they'll have next week."

"In a sense the Living Wage is a rate - it's $19.80 - but what we're also trying to do is create a better force behind bargaining," she said.

"The whole idea of the Living Wage came about because bargaining under the law currently is an absolutely failed mechanism for delivering decent wages for working people."

Job automation is a real risk, she said, and unions needed to have a greater stake in workers' rights to prevent that.