A party of royal look-alikes paid a visit to Te Aroha today to share in the town's 90th birthday celebrations for Queen Elizabeth II. 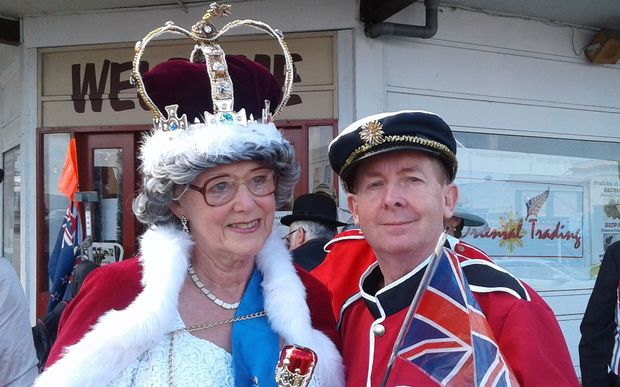 People in the small Waikato town turned out to welcome the 'royal party' as they strolled down the main street.

Queen Elizabeth - aka Avalon Fryer - was in fine form, although slightly overwhelmed by the warm reception.

"Such beautiful people, it is so worth coming to these shores to celebrate my birthday. New Zealand of course is the first country in the world to see the new day, so I intend to make my birthday a long day, start partying early."

Ever walking in his mother's shadow, the next in line to the throne, Prince Charles (John Howlett) had this to say about the queen's latest milestone.

"Well, she just won't pop her clogs, will she? I thought I'd be taking on the throne, I don't think there's any chance of that soon."

But the impersonator was also full of praise for his mother's long service record.

"She's a staunch old trout, isn't she? She's certainly done her job, I mean, she does 361 functions a year. In some ways, I'm glad I don't have to do that job."

Staunch royalists Angela and Bill Thompson came up with the idea to celebrate the queen's birthday in Te Aroha.

Mr Thompson said they loved the history of the royal family and were delighted with how the town got into the spirit of the occasion.

"It's gone really well. It was just nice to dress up, I think the people in the town all got into the way it went. I think it was really successful." 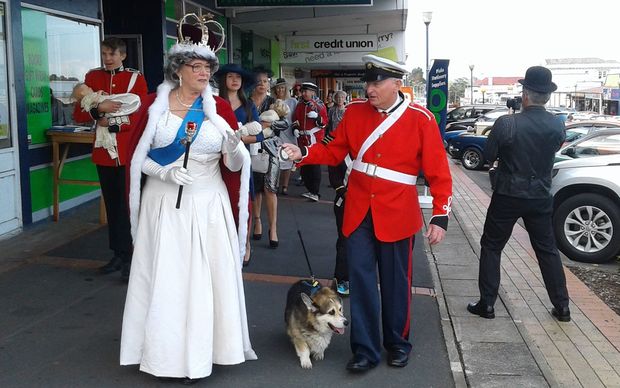 Te Aroha woman Trea Trafford said she turned out for the festivities because she was a true royalist.

"I love the royal family, especially the queen. She's done such a wonderful job all these years. She was queen when she was so young and she's carried it right through, and here she is 90. It's amazing."

Ninety-three year-old Catherine Stewart said she had followed the queen's life since they were both children.

She said the young Elizabeth was an inspiration when she drove trucks during the war.

"I think she is a wonderful woman and I think we've got a lot to learn from her, from some of the things she does."

After the procession, the royal guests retired to the Thompsons' house for tea and birthday cake. 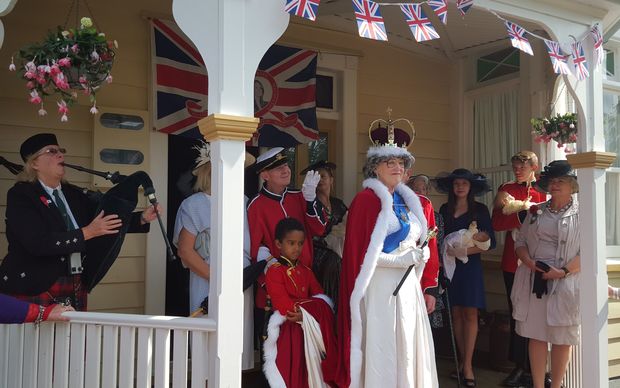 Avalon Fryer as the queen at the opening of the town's new royal museum. Photo: RNZ / Jo O'Brien

The couple's villa, which is full of royal and historical memorabilia, was today officially opened as a museum by Matamata-Piako mayor Jan Barnes, and will now be open to groups by appointment.

The mayor said the town's support of the monarchy was helping put Te Aroha on the map.

"It's a point of difference, and it brings people to our town. We have the fabulous Hauraki Rail Trail, we have a lot of industry, and people arrive from Auckland and say we didn't know it even existed."

Funds raised from the queen's birthday celebration will go to Te Aroha's Riding for the Disabled.