A landmark Court of Appeal ruling means landlords are now liable for any damage accidentally caused by tenants - whether or not they have insurance. 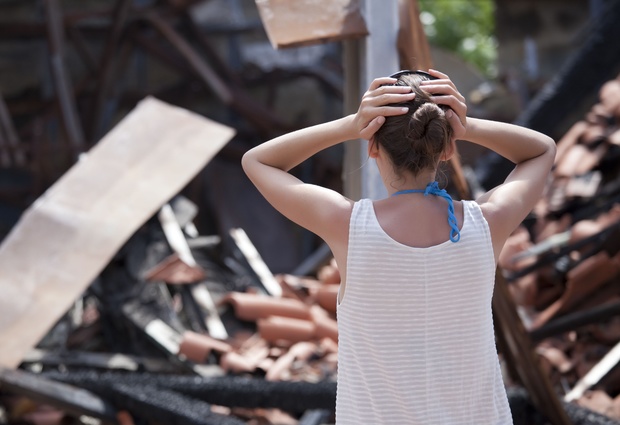 Landlords or their insurers are liable for accidental damage by tenants, the court ruled (file). Photo: 123RF

The ruling may result in insurance premiums going up for landlords, and tenants being able to scrap their personal liability policies, a property law expert says.

AMI Insurance has been fighting a $216,413.28 repair bill since March 2009, after a house it had insured was gutted by fire when a pot of oil was left unattended on high heat.

The insurer - which acted in the name of the landlords - claimed the massive cost from the tenants, Kenji and Tieko Osaki, and won in the Tenancy Tribunal.

However, the District Court reversed the decision - which was upheld by the High Court - and ruled the Osakis were not liable.

Under commercial property law, tenants have immunity if there is inadvertent damage.

The Osakis argued the same should apply to residential tenants - and the Court of Appeal agreed.

"The decision confirms that the insurers can't turn to tenants to recover their losses even when the tenants have been negligent.

"From an industry perspective it's going to be helpful for underwriters to know that they're not going to be able to recover those losses, so it may result in landlords' insurance premiums increasing."

Mr Flinn said it showed the importance of landlords insuring their properties.

He said, on the flip-side, some tenants would no longer need personal liability policies protecting them from accidental damage.

Even if a landlord did not have insurance, the ruling would mean they were still liable.

However, the ruling could hit tenants in other ways, according to Property Investors Association executive officer Andrew King.

"A lot of landlords may not want to have parents with children in their properties for instance, or students - the types of people they deem to be a little more irresponsible.

"Insurance companies may want to know what type of tenants landlords have and they'll apply premiums which they deem to be appropriate."

He said it set a dangerous precedent.

"It relieves tenants of responsibilities and it could mean that they're a little more lacklustre around rental properties and accidentally cause more damage through carelessness.

"It could increase premiums for landlords and ultimately, that could be pushed back on tenants, even those who don't accidentally damage their place."

'A matter for Parliament'

AMI, which is now under the ownership of IAG Insurance, said it must accept the court's decision.

"But we find this difficult to reconcile with the powers in the Residential Tenancies Act for the tribunal to order a tenant to pay a landlord money by way of damages or compensation for any breach of the tenancy agreement," it said in a statement.

"This is now a matter for Parliament to address."

It said it was still considering the ruling's significance for the company and its customers.