Online voting at this year's local government elections won't go ahead due to uncertainties around how secure it would be.

There will be no online voting in local body elections this year. Photo: 123rf

Associate Local Government Minister Louise Upston said security testing of the new voting method had been prepared but could not be carried out in time for the poll in October. 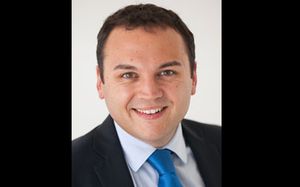 Porirua mayor Nick Leggett - who is also a Wellington mayoral candidate - said the decision was a lost opportunity.

He said his council had addressed security concerns and he could not understand why Internal Affairs was reluctant to recommend a trial.

Councils had already put up tens of thousands of dollars to explore the possibility of a trial, and Mr Leggett said he believed it would have lifted turnout among younger voters.

"We felt it was a natural progression to widen the franchise and get people voting."

Wellington's deputy mayor, Justin Lester, who is also in the running for the top job, agreed an online voting trial could have been done safely this year.

The current postal ballot was hardly risk-free, he said.

"Let's be honest, nothing we do online is ever 100 percent safe - be it internet banking, any type of online shopping or transaction. There's always a risk of it being hacked.

Ms Upston said overseas experience with online voting showed it was important to make sure the system being used was safe from hackers.

Online voting could be trialled at future elections, but maintaining public confidence in electoral processes was more important than going ahead with the trial this year, Ms Upston said.

Critics of the move have said online voting was open to attacks from hackers, with no platform fully secure.

Other councils, including Christchurch, and Dunedin, investigated using the system but rejected it because of because security risks and the cost.

The eight councils who had been due to trial an online voting system were: Selwyn, Wellington, Porirua, Masterton, Rotorua, Matamata Piako, Palmerston North and Whanganui.