The construction industry wants to get more women into building as a way of solving a big labour shortage. 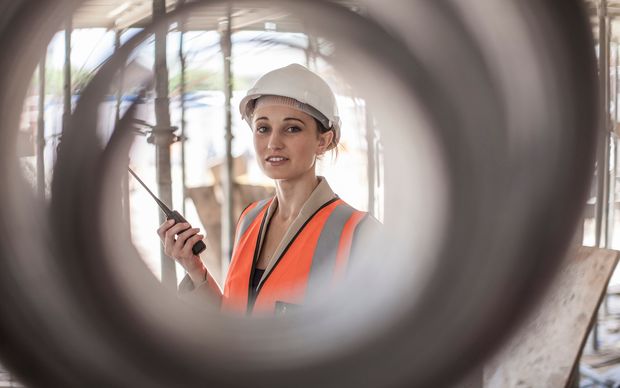 The Building and Construction Industry Training Organisation says the industry is capable of building only 15,000 houses a year, far below the forecast 28,000 needed in the next year.

It is looking away from the traditional workforce and into getting more women on board.

"The industry tends to focus on the sorts of people they've always done in the past and we really need to start getting a greater focus on more women, more Maori, more Pasifika, more new migrants with English as a second language."

Mr Karaitiana said while the number of women involved in the industry had almost doubled in the last 15 years and was around 17 percent, there was still plenty of room for improvement.

"We need employers to be more flexible and more open about the sorts of people they might look at for these jobs. But on the other hand we also need parents, we need teachers, we need the system to be more positive about the construction industry as an option for females."

There are almost 10,000 apprentices in training and Freya Hawes is one of the 12 percent who are women.

Ms Hawes, 19, is seven months into her building apprenticeship in Wellington. For her a shortage of women in the industry was an opportunity.

"There a gap in the industry for female builders and I think there's a big stereotype that females can't handle the physical work.

"But I think that a female can do anything a male can do, especially in this day and age, as long as you put your mind to it."

While she had her pick when it came to jobs, and on the whole had not found the industry to be sexist, she was occasionally treated differently.

"The last place I was at we built an extension and they were getting their kitchen put in and the boys putting the kitchen in thought I was the owner of the house not the worker there.

"Also if I go shopping, sometimes my boss will send me down to go get some timber and at times they'll question me if it's the right thing that I want to get, but if a male goes down and says what they want they'll never raise an eyebrow to it."

Former president of the National Association of Women in Construction Cathy Tracey agreed schools should do more to get girls into apprenticeships and get past the myth that success means having a degree.

"We have a slow awakening within our careers advisors at schools that perhaps young girls could enter a trade. Still that's a bit hen's teeth. That's an area that really needs to be worked on is to get across at that level of secondary school to encourage young people to go into trade."