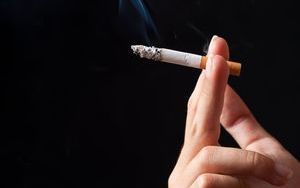 Cigarettes and tobacco jumped 9.4 percent following an increase in excise duty in January.

"The average price of a pack of 25 cigarettes was $28.79 in the March 2016 quarter, more than double the price from six years ago when annual 10 percent excise tax increases were introduced," Mr Haigh said.

Taking out cigarettes and tobacco, inflation actually fell 0.1 percent in the quarter.

"Overall, the data published by Stats NZ suggest that although core inflation pressure are still low, they are starting to lift, which may provide the RBNZ with confidence that inflation expectations will also stabilise and recover," ASB chief economist Nick Tuffley said.

While construction cost increases remain strong, the effect of a weaker dollar is starting to come through.

Analysts still expect the Reserve Bank to cut the Official Cash Rate (OCR) further, though the case for a reduction later this month has weakened.

"This data detracts from the case for an April OCR cut. The details of the data will constitute a small upside surprise from the RBNZ's perspective. Non-tradables inflation, which is generally considered more important for monetary policy, was stronger than the RBNZ expected," Mr Gordon said.

The Reserve Bank will review the OCR on 28 April.