Three Coromandel brown kiwi have been taken by waka to their new home on Motutapu Island. 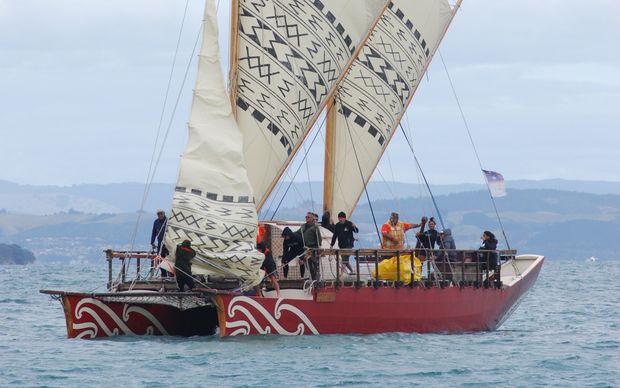 Two females and one male have been released on the predator free island in Auckland's Hauraki Gulf as part of a collaborative effort to save one of the North Island's rarest kiwi species.

The birds are among 25 Coromandel brown kiwi to be released on the island so far.

Now aged between three and five months, the birds were laid at Te Mata as part of the community-led Thames Coast Kiwi Care project, before being taken to Auckland Zoo where they were incubated and hatched. 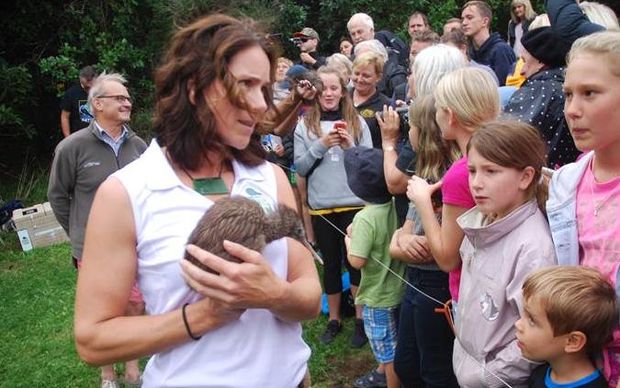 Michelle Impey from Kiwis for kiwi with one of the new arrivals, shares a moment with Motutapu Island Trust volunteers shortly before release. Photo: Art Polkanov

The chicks were then taken to Rotoroa Island before their final journey to Motutapu Island.

Motutapu Restoration Trust chair Brett Butland said the relocation was a celebration of the hard work that had gone into restoring the island.

"This is a fitting celebration of the trust's 21st birthday and all the incredible work done by our supporters and volunteers to ensure we have kiwi and other native flora and fauna as a part of our future. 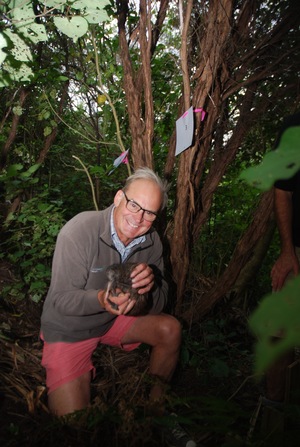 "A lot of what we do is not glamorous but just sheer hard work which has made Motutapu a shining example of community conservation efforts."

Among those involved were members of Ngāi Tai ki Tāmaki, who sailed the kiwi aboard a waka hourua.

Ngāi Tai ki Tāmaki chairman James Brown said it was a fitting mode of transport for the native birds.

"Transporting our taonga by waka hourua to their new home signified traditional protocols and rituals.

"We have been entrusted as guardians of these birds by our Ngāti Paoa brothers in the Coromandel and we wanted to deliver them safely in the way our ancestors would have."

Mr Brown said the four hour journey was a time to honour the birds. 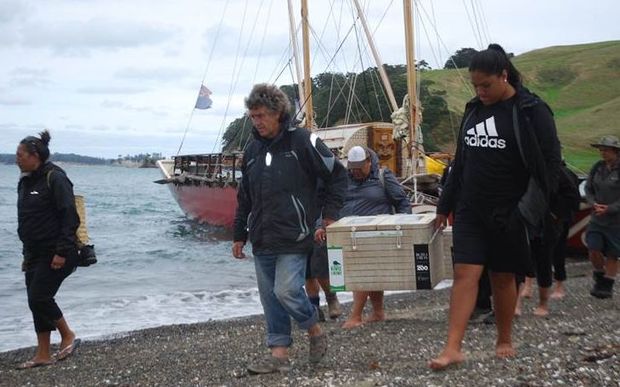 Conservation minister Maggie Barry said the species had been able to thrive on the island.

"Great food sources, no predators, we could hear them calling the younger kiwis that we were letting loose today and I think they're going to be right at home. They ran off into the bush very happily indeed.

"The key thing is really with these translocations is that you need to get to critical numbers in the wild so the aim, the overall goal, for Motutapu is to have 40 birds over there and now we have as a result of the three birds moved a lot closer."

She said the country was on its way to reaching the goal of reversing kiwi population decline.

"It does take a lot of different groups, a lot of energy and time from volunteers and a real of unity of purpose from departments, Motutapu Trust, everyone working together, Operation Nest Egg, the Auckland Zoo, we all contribute in some way to make this dream a reality."

That message was echoed by Kiwis for Kiwi chief executive Michelle Impey.

"The Coromandel brown kiwi are one of four regionally distinct kiwi on the North Island and with the huge efforts from community-led kiwi conservation projects such as Thames Coast Kiwi Care we are turning around the 2 percent decline of our kiwi population every year."

"In fact, Coromandel brown kiwi are the only regional population on the North Island growing by the targeted 2 percent per annum."