ANALYSIS: The government has been trying to reassure homeowners that questions swirling around seismic reinforced mesh are being addressed.

Last Friday the Ministry of Business, Innovation and Employment (MBIE) said while it was not clear how many buildings Steel & Tube mesh has been used in, buildings would be assessed on a case-by-case basis once it knew.

Today Building and Housing Minister Nick Smith ordered MBIE to look beyond mesh to other products deemed to be critical to a building's safety.

So, should homeowners feel confident about safety? Let's look back at how we got here, and what obligations rest with producers of steel mesh. 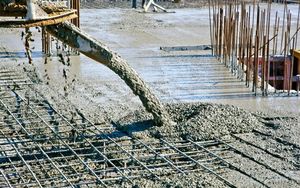 MBIE says floors made of any seismic mesh are stronger than floors of houses built before 2011. Photo: 123 RF

At a very basic level, producers have a duty of care to their customers - in this case people building houses from Kaitaia to Bluff - to only sell them products that are good enough, and the ones that they paid for.

This became relevant as soon as RNZ exposed the fact that Steel & Tube, one of New Zealand's biggest producers, didn't have a laboratory to test its reinforced mesh.

In essence, the company didn't know whether or not its mesh complied with the standard, but still sold it. It didn't know because four years ago it chose to set up its own in-house testing without the proper checks and balances.

But homeowners, house designers and structural engineers could not have known this.

Up until three weeks ago, the company's mesh test certificates bore the logo of Holmes Solutions, one of only two independent labs approved by International Accreditation NZ (IANZ) to test steel mesh.

Above the logo was the title "laboratory manager" and a name. The certificates had looked like this for four years. When RNZ started asking questions, the logo was dropped.

The test certificates said 'pass'. That appeared to certify that the mesh met the new standard everyone agreed to after engineers studied the damage done in the Christchurch quakes: for mesh to be able to stretch by at least 10 percent, in place of the original 2 percent.

Any reasonable person who saw that Steel & Tube test certificate would have bought the mesh with confidence. They'd lay it on the ground, pour concrete on it; it would be locked in, and council would sign it off.

But as it turns out Holmes Solutions did no such tests. There was no lab. The lab manager was, in fact, Steel & Tube's factory supervisor, testing the mesh in a factory. Who audited it? Steel & Tube won't say. What about the long-term test quality data it was required to hold? Nothing has been forthcoming.

Are the government's reassurances enough?

MBIE on Friday urged homeowners not to worry, saying that house floors made of any seismic mesh were definitely stronger than floors of houses built before 2011.

That's true. A recent independent test of a mesh sheet from Steel & Tube showed it was more than two times stronger than the old standard.

So is near enough good enough, as MBIE appears to be suggesting?

Homeowners didn't pay for half-strength mesh. They paid for full-strength slab floors; they paid for certification they could show to councils, and to the next owner if and when they sell; they paid for peace of mind.

Ultimately, they paid for resilience in the face of a quake. That's why the standard was raised five-fold.

It's true, in terms of safety, the slab floor of your single-storey home is not going to fall on you in a big quake. But a half-strength slab might crack more than it should, costing more and taking longer to sort with insurers.

Dr Smith said this week it was impossible to conjure an estimate for the number of homes written off in the 2011 Christchurch quake that might have been saved if seismic mesh had been invented and installed before 2011. But he admitted some would have been.

Last week, four years on, Steel & Tube instituted the sort of outside checks and balances many of its smaller rivals had already been paying for from labs - sometimes accredited labs - since 2012.

At the same time it withdrew all its seismic mesh from the market until it was all externally tested. The lab it will use for that is certified by an Australasian auditing body, but is not accredited by IANZ.

The $200 million listed company, whose slogan is "stronger in every way", announced this under the headline, "Steel & Tube removes all doubt of mesh compliance".

The company wouldn't agree to an interview. Nor would its bigger rival United Steel, which also primarily tests its mesh in-house.

Now, how do homeowners know they got what they paid for?

An accredited lab's test result giving mesh a pass is a good place to start.

The Australians think that's such a good place to start that top federal and state government officials are recommending bringing in mandatory, independent testing of critical building products such as structural steel.

Today, Dr Smith said he had ordered his own officials to look at just this type of testing too, across a whole range of building products.

MBIE will write a report. There is no guarantee it will, in the end, recommend third-party testing this side of the Tasman.

The ministry has until now been content in the knowledge that it did not know a lot about what was going on. It had never been inside Steel & Tube's factory, had not asked if anyone was auditing it, and it doesn't appear to have thought a wider audit of how the industry was coping with the five-fold rise in the standard might be a good idea.

So how would homeowners know they got what they paid for? A call on that might come down to the Commerce Commission, which is still investigating the resilience of the mesh and whether fair trading rules were breached.

Unless the commission also concludes that near enough is good enough.