The sister of a Tongan overstayer who's been in New Zealand since he was a child says Immigration New Zealand should show compassion in cases like her brother's. 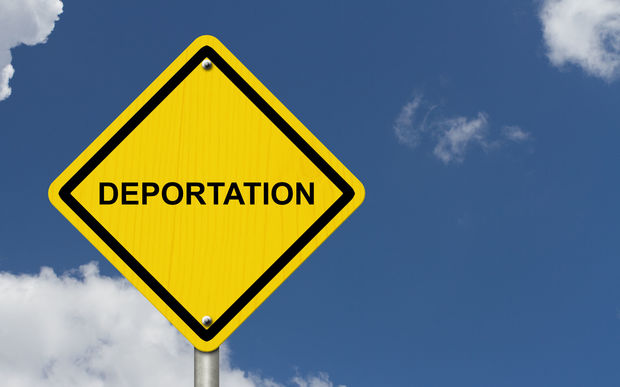 The number of people who've stayed in the country after their visa expired has almost halved in the past 15 years, from an estimated 20,657 in 2000 to 10,848 in January this year. Relatives and community leaders said many of the remaining overstayers had not deliberately broken immigration rules.

Auckland woman Otolose came to New Zealand as a teenager in 1994, gaining permanent residency after her grandmother adopted her. She gained her citizenship in 2007.

She said her three siblings, who arrived a few years after her, with their parents, came into the country on month-long limited visas.

Her father had intended to arrange permanent residence for the whole family, but that never happened.

"In 2000 he left for America ... and abandoned everybody here in New Zealand."

Otolose's younger brother was only eight at the time and finished his entire primary and secondary education here before he even discovered he had never had permanent residency.

He was served with a deportation notice in 2011, which he had been fighting ever since - with an appeal due to be filed within weeks.

The thought of being deported to Tonga - where there was no family left - had been heartbreaking for her brother, she said.

"Because he came here at such a young age, we have no idea if he'll survive there - the only home he knows is here in New Zealand."

She knew there were rules, but the system should extend some empathy in situations like her brother's, she said.

"They should give a chance to people who are already in New Zealand over 10 years, 20 years, 30 years ... because like I said before, New Zealand has already become their home."

Immigration New Zealand said it had negotiated the voluntary departure of many more overstayers rather than formally deporting them. More than over 1200 people left New Zealand voluntarily in the 2014-2015 financial year.

Mangere MP, Labour's Su'a William Sio, was pleased the department was taking that approach. "That's sort of what my office ... and lawyers in the Pacific community have been arguing for quite some time."

He had spoken with many Pasifika overstayers, and it was often not as simple as just sending them back.

"When the cyclone hit Tonga a year ago, I know immigration was deporting people to the mainland of Tonga, when those people lived on Ha'apai - which was the most affected island.

"We had a huge argument - some of the people here - who could not go back to Ha'apai, because there was nothing for them to go back to."

Otolose's brother's appeal against deportation was due to be filed by 21 April, Otolose said.