There are too many attacks by pit-bull-type dogs and they are inflicting horrific damage on children, the Animal Control Officer's Institute president Les Dalton says. 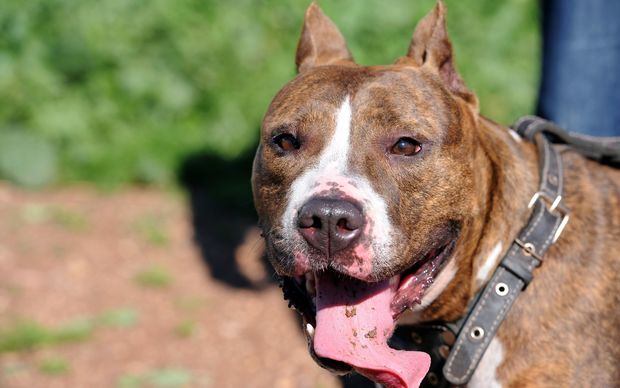 Attacks by pit bull-type dogs have led to calls for them to be banned. Photo: 123RF

A seven-year-old boy has had surgery after being savaged by his uncle's pit bull terrier in Takanini on the weekend, sparking calls to get tough on dangerous dogs.

Mr Dalton has been an animal control officer for 40 years and said the problem of attacks by pit bulls was only getting worse.

"If you look back over this last five years, the most horrific attacks we've had on children and elderly people and other persons - they have been the pit bull type of dog.

"And particularly in the last decade where we've had children maimed and disfigured for life by these blasted pit bull dogs."

The government needed to change the Dog Control Act to ensure pit bull type dogs - and others deemed menacing or dangerous - were neutered or spayed, he said.

"If it is of a pit bull type then we need to neuter and spay and we need to ensure very strict restrictions on people who are keeping those breeds."

At the weekend, the Association of Plastic Surgeons called for an investigation into the banning of dangerous breeds of dogs - and said it was dealing with two patients a week who have been attacked.

Auckland councillor for Manurewa-Papakura Calum Penrose said it was time for the government to act, and asked how many more children needed to be hurt before something changed.

However, chief science officer for the SPCA, Arnja Dale, said banning specific breeds, or types of dogs like pit bull terriers, did not work.

She said the science showed that the biggest factor in dog bites was not the breed of the dog but whether its owner could behave responsibly.

"There is no evidence from any of the studies in relation to dog bites that one kind of dog is more likely to bite a human being than another type of dog."

American Pit Bull Terrier Association spokeswoman Karen Batchelor also said public safety was not improved by singling out specific breeds, and questioned who would find the animals and fund the de-sexing.

"It is a knee jerk reaction and it is grandstanding on the part of some politicians - it is a bit self serving. If they had done due diligence and had a look around the planet to see what is happening ... in other countries, then they would not dare talk like that."

No child should be left around a dog, and pit bulls were just like other breeds, Ms Batchelor said.