Up to 2 million New Zealanders may be getting underpaid by their employers for their holidays, a payroll systems expert has estimated. 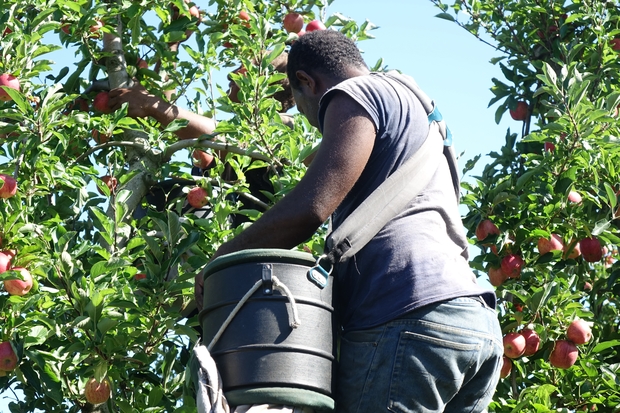 The number of workers who have been underpaid could be much larger than previously thought. Photo: RNZI / Johnny Blades

Managing director of Smoothpay Payroll, Matthew Gardner, said the 24,000 workers identified by the Labour Inspectorate so far as having been underpaid, and the pay problems at police and MBIE were just the tip of the iceberg.

Mr Gardner said the majority of employees in New Zealand would have been getting underpaid for their holidays and the government was totally underestimating the scale of the problem.

"So I laughed when I heard 20,000 and [Minister of Business, Innovation and Employment] Steven Joyce suggesting it's just the people on the fringe that are affected by this - he's dead wrong.

"I would estimate at least 10 times that number, maybe a million [workers] maybe two million, it's going to be an exponential thing," Mr Gardner said.

"I can guarantee that anybody who is not being paid using a payroll system that is fit for the purpose, that calculates leave in accordance with the Act has paid their staff incorrectly."

Mr Gardner said very few payroll developers and suppliers bothered to make their systems compliant when the Holidays Act was changed in 2003 - continuing to calculate their employees' pay on hours, days or a percentage basis - not weeks as the Act requires.

He said that meant New Zealand workers were owed millions.

"Given that police has already invested 30 odd million dollars in back payments correcting underpayments to their staff, there are going to be similar amounts popping up all over the country in many big businesses, it's a huge ruction in society really."

He said payroll providers were feeling bullied and intimidated by officials who were failing to advise them on how to comply with the Holidays Act.

He said there was no standard for payroll systems, and the Ministry of Business, Innovation and Employment was not giving providers, who did want to get it right, guidance.

"They're not actually offering anyone ongoing support becase they won't give us answers. They simply go and say 'seek independent advice'," he said.

He agreed the problem could be about to balloon.

"Especially if the employee is on variable hours, because if I just get paid 40 hours a week, that's fine because that's quite easy enough to calculate - but as soon as someone has every day different, or every week different, that's where the Holidays Act falls down," Mr Jenkins said.

"Well it's truly shocking, if the numbers are in the millions of New Zealanders who have been underpaid this takes this issue to a whole other level," Dr Clark told RNZ News.

"Steven Joyce is the minister responsible for overseeing the ministry that has failed to act on this and that has messed up its own payroll system.

"The egg is well and truly on his face, if it's true that hundreds of thousands or millions of New Zealanders are affected and have been underpaid."

Dr Clark said Mr Joyce should apologise to the public and explain how he would get on top of the problem.

Mr Joyce told journalists yesterday it was clear a number of payroll providers were having difficulties.

"Some of them are not able to execute the legislation as it was set up back in 2003 but in terms of people knowing that there was a complicated piece of law that was difficult to administer - that's been known all the time since 2003."

While Mr Joyce agreed the number of underpaid workers would likely grow - he did not believe the impact on New Zealand businesses would be huge.

"Well I think it could be quite widespread but quite small in terms of the effect on individual employers ... you're getting down to quite small amounts of money in most cases."

Workplace Relations Minister Michael Woodhouse said he was not considering a law change to make it easier for public agencies and private companies to comply with the Holidays Act.