The hunter shot and killed in a hunting accident in Central Hawke's Bay today was a soldier.

The man, who was 25, was with two army friends and a dog in the Ruahine Ranges this morning. 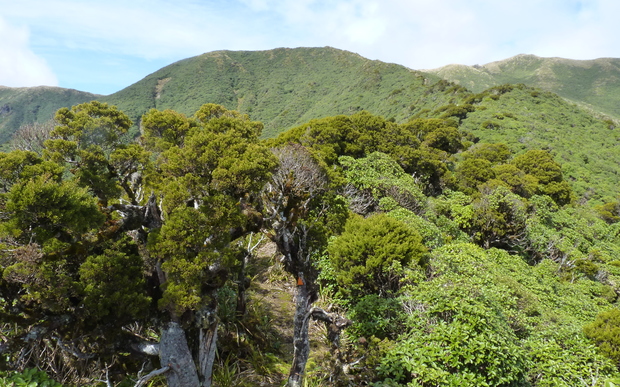 A man was fatally shot in the Ruahine Ranges on Thursday. Photo: Wikicommons

He was accidentally shot by a man from another hunting party.

The body will remain in the bush overnight.

Police are not yet releasing his name but say the dead man was a soldier at Linton Army Camp, near Palmerston North.

A scene examination is under way and police are speaking with the man involved in the shooting and a friend of the deceased.

The dog was also injured in the incident.

Police said they were called about the shooting, on the Sparrowhawk Track, about 11.30am by a member of a hunting group.

They received reports the hunter had been killed and a medical team was sent by helicopter to confirm the death.

Mountain Safety Council chief executive Mike Daisley said there had been 28 hunting fatalities since 2009. Half of those were firearm-related.

Mr Daisley said today's shooting was a tragedy, but also a timely reminder.

It's currently a busy time of year for deer hunters, a period known as 'The Roar'.

"We've come through Easter, typically the busiest part of that Roar season, with no incidents and to have this hit us just after Easter is a real tragedy."

The council has co-produced a series of safety videos to remind hunters of all experience levels about the basic precautions they should take. Mr Daisley said experienced and new hunters alike needed to be reminded of the safety rules.

"It's not just young inexperienced hunters, it's some of the older more experienced ones that need refreshing on what the firearm safety code means."